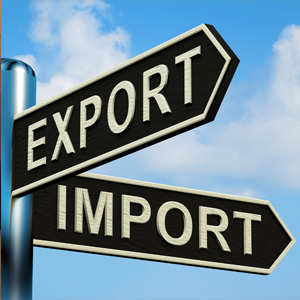 Analysis by Singapore company incorporation specialist Rikvin reveals that the number of business formations in Singapore has improved 6% quarter on quarter (q-o-q) in Q1 2013.

The top three industries in terms of Singapore company formation in Q1 2013 are wholesale and retail trade (2232 companies), followed by professional, scientific and technical activities (1524 companies) as well as financial and insurance activities (1347 companies). In addition, wholesale and retail trade has been the top industry for company formation in 2011 and 2012.

Scientific and technical business activities, along with manufacturing, construction, transportation and storage, accommodation and food service, information and communications, financial and insurance, education, health and social services activities have improved q-o-q between Q4 2012 and Q1 2013.

Singapore may be small as a market, but along with its seamless connectivity and growing FTA network, it offers a strategic point for businesses to expand to burgeoning Asian markets.

Commenting on the resilience of business registration trends in Singapore, Mr. Satish Bakhda, Head of Operations at Rikvin said, “Despite the uncertain economic climate in the EU and the US, Asia offers larger growth potential and relative stability to businesses. Singapore, located in the heart of Southeast Asia, not only has a thriving economy and well-endorsed status as an international financial center, it is Asia’s top resolution facility for cross-border disputes.”

“Singapore may be small as a market, but along with its seamless connectivity and growing FTA network, it offers a strategic point for businesses to expand to burgeoning Asian markets. The ease of setting up and doing business, which has been affirmed through multiple international surveys including the World Bank’s report, is testament to its commitment to remain friendly to entrepreneurs,” he added.

“In addition, government schemes such as PIC Scheme Guide (PIC) Scheme as well as Startup Tax Exemption Schemes support businesses in the nascent stages of growth. It is not surprising then, that business activity has been in the pink this quarter. We look forward to another good half of the year and anticipate that Singapore company registration activity will continue to grow in the top three industries,” affirmed Mr. Bakhda.