Chat With Us
You are here: Home / All About Singapore: Facts and Figures 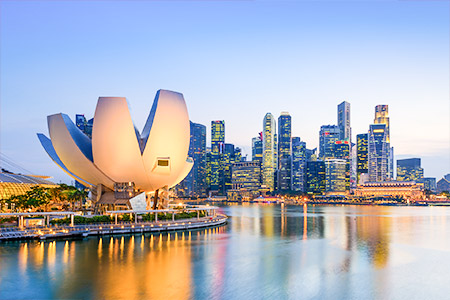 Geographically, Singapore is the second smallest country in Asia and one of the smallest countries in the world. However, its small size has proven to be its strength, rather than a weakness, as the tiny nation-state has distinguished itself in the Asia Pacific region as a modern city-state with enviable facilities, infrastructure, and accessibility. Market research conducted on the Singaporean economy, industries, and investment environment reveal it as one of the world’s best countries to do business in. Learn more about Singapore: facts and figures.

A Magnet for Foreign Investment and Talent

Admittedly, Singapore does lack natural resources. Hence, the country has been continually looking into rigorous market analysis, building innovative solutions and nurturing its human capital, creating a leading global economy with its highly skilled and bilingual workforce for high-end manufacturing and engineering, biotechnology, financial services and professional services. Moreover, Singapore has invested heavily in its strategic location, sweeping up awards for the Asia Container Port of the Year, Asia Air Cargo Port of the Year and Container Terminal of the Year, encouraging global and international investors and companies to use the city as a transit point for their shipments. Market research has also shown year after year that Singapore’s Changi Airport is the world’s favorite, continuing the region’s history as an entrepot of India, Asia, Australia and the Middle East (and increasingly the US and Europe).

Indeed, multi-national corporations (MNCs) have not been blind to the many attractive incentives that Singapore presence. Notably, in 2011, Goldman Sachs followed market analysis advising slashing US$ 1 billion in costs by laying off workers across its business operations in the U.S., embarking on an aggressive hiring spree in Singapore to recruit 1,000 high-paying, skilled workers in sales and investment banking. In the same year, The Telegraph conducted a survey with 300 UK investment bankers, 27% of whom named Singapore as their preferred place to work, as compared to 22% who nominated London, beating other cities such as New York and Hong Kong.

“It’s surprisingly easy to live in Singapore. English is so widely spoken – even by the aunties and uncles at the coffee-shop,” commented Joshua Robinson, a Lucasfilm employee who relocated from America to Singapore. Singapore census data shows the nation has a relatively high non-resident population of 27.8%, which comprises foreign workers and their dependents; and most of its population is bilingual, with the main language of communication being English, with Bahasa, Mandarin, Hindi and Tamil, among others, almost as common. Hence, even for a sole foreign entrepreneur, it is not difficult to communicate with the local staff or build up relationships with English-speaking or regional suppliers and potential customers.

Singapore is a ‘Fine’ City 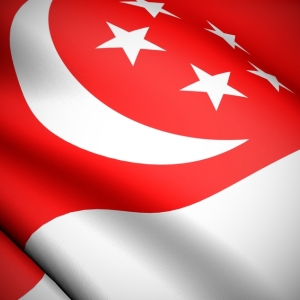 While it certainly is true that Singapore is relatively rigid in certain areas, it comes with good intentions, which many expatriates have found to be more beneficial than restrictive. As shrewdly put by Jayant Bhandari in his personal anecdote regarding the chewing gum rule in Singapore, “…warping our thinking and facts to adjust our actions to what feels easy in the short-term could have disproportionate, long-term negative consequences. I decided to have chewing gum right in front of a difficult-to-find policeman. Each time, I made sure they saw what I was consuming. They ignored me completely. The reality is that while they ban chewing gum from being sold in stores, they don’t have any issue with people consuming it or importing it for personal purposes. What they do have a problem with is if you spit it on the sidewalk. They penalize you aggressively if you do – and I’m happy they do.”

As a North American who moved to Singapore, Bhandari recognised that the intent behind the ban, was not about the restriction of freedom, but for the betterment of society as a whole. Similarly, this applies to the restriction on the sale and availability of guns in Singapore. Guns are extremely strictly controlled; but the reality is that anyone can walk around late at night, without feeling the fear that is experienced in some urban cities.

In fact, Singapore has repeatedly distinguished itself internationally in terms of the quality of its education. With its well-planned education system, trained teachers and an established syllabus, Singapore students routinely come out on top of international examination rankings and censuses, with the country ranked third in global education ranking analyses; and its students recently topped the International Baccalaureate for the fourth consecutive year, with an average score of 36.53 points as compared to the global average of 29.95 points.
Hence, many expatriates find that relocating to Singapore can be very beneficial for their families and children. Of course, there are also many international schools to cater to those who have already partially completed another syllabus overseas, to ease the transition for expatriate families.

Even for adults who wish to pursue further education, they will find that a world-class education is readily available, with extremely experienced professors and qualified guest speakers. Speaking from her own experience, expatriate journalist Ms. Francesca Segre noted that her education in the National University of Singapore included top-notch guest speakers such as former U.K. Prime Minister Tony Blair and Pulitzer Prize-winning New York Times columnist Thomas Friedman.

A World of Opportunities

“Singapore is a prosperous city which seems to have come out of the global recession very strongly… It has a good optimistic feel compared to say London and Japan, and that simply rubs off on the people living here,” noted Mr Ian Fisher, the Managing Director of Nordisk Legal Services Pte Ltd, who relocated to Singapore from the U.K.

Examples of other high profile individuals who have made the move to Singapore include Facebook co-founder Eduardo Saverin and US Investment guru Jim Rodgers. One of the major incentives that attract such high net worth individuals is the tax incentives that the government provides for those budding entrepreneurs. Sophisticated business intelligence, economic databases and market research ensure transparency and easy access to industrial information for investors. 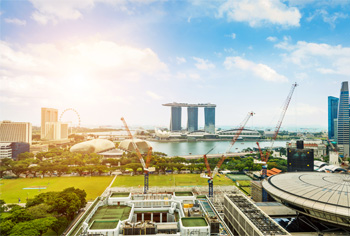 Singapore adopts a one-tier corporate tax system and the country’s corporate tax rate of 17% has been consistently ranked as one of the lowest in the world. In addition, dividends and foreign income are not taxed; and new companies that meet the qualifying conditions can even claim for full tax exemption on its first S$100,000 chargeable income for each of its first three consecutive years of assessment. A further 50% exemption is given on the next S$200,000 of the chargeable income for each of the first three consecutive years of assessment, driving the taxes payable even lower. You can use our Corporate Tax Calculator to conduct market research and analyse comparative tax and market data with other regimes.

More importantly, Singapore’s bilingual and skilled workforce, coupled with its strategic location in the Asia-Pacific, means that entrepreneurs can easily tap into the resources and expand their market share in the growing economies of Malaysia, Indonesia, India, China and Hong Kong, all of which are within a mere six hours’ flight and mostly within the same time zone. Singapore also sits at the nexus of the key EMEA, North American and Australian economies, with Singapore market research suggesting the domestic market is also continually growing.

You have made a decision to relocate. What’s next?

Now that you have made the decision to relocate to Singapore, you now must consider which option is best for you. The table below gives a quick snapshot on the different choices that you have:

As discussed above, there are a variety of options available. Do consult a professional employment agency, which would be able to advise you on the strict requirements and criteria that determine eligibility and approval. 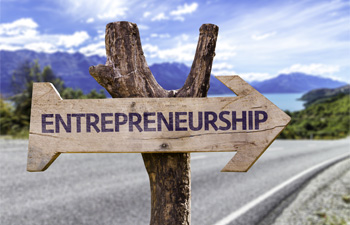 While there are many options for foreign talent to pursue professional opportunities in Singapore, a unique benefit of Singapore is the country’s many schemes and policies, which encourage entrepreneurship and innovation.

With tax incentives, favorable regulations and numerous public sector schemes, Singapore has emerged as a global destination for foreign entrepreneurs seeking a market to make their ideas into reality.

Whether it is an EntrePass, Employment Pass or even applying for Permanent Residency, there are many schemes to enable aspiring foreign entrepreneurs seeking to relocate to Singapore to pursue their passions.

While there is a substantial risk in choosing this path, the potential gains are endless.

Don’t Embark on Your Journey Alone

Regardless of your decision on which career avenue to pursue, be sure to engage a reputable professional services firm to assist you in obtaining the necessary permits to enable you to work in the country. Engaging a professional firm will simplify the process and increase your odds of making it to Singapore without complication. With so many opportunities and incentives, there is no better time than now to get started.

Start your company registration by reading our guides on incorporation, work visas, corporate compliance, and taxation. For more info, talk to our specialists.