Chat With Us
You are here: Home / Press Releases / Singapore Remains as Most Competitive Economy in Asia for 3rd Year 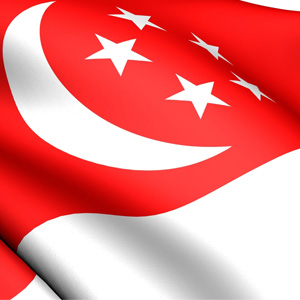 At the World Economic Forum (WEF) Annual Meeting of the New Champions 2013 in Dalian, China last Friday, over 1,500 key decision makers from companies, the government, academia, media and civil society discussed their ideas and predictions on innovations that will drive future global growth, while Singapore remains the most competitive economy in Asia.

Rikvin recognizes that the event comes on the back of the WEF Global Competitiveness Index (GCI) 2013 – 2014, which was released early this month. The report analyzed the competitiveness of 148 countries based on 12 pillars of competitiveness. According to WEF, competitiveness is how a country creates the best economic, social and environmental conditions for economic development.

The report revealed that Singapore has retained its foothold as the most competitive city in Asia. The republic has also maintained the second position globally after Switzerland for the third consecutive year due to strong performance across all indicators. In particular, Singapore’s efficiency in the financial, labour and goods market, as well as its world-class infrastructure, strong focus on education and increasingly innovative private sector has made it a competitive economy in the overall list.

Related Post: Was Singapore always considered the most competitive city in the world?

As evidenced in the new Singapore Entrepreneur Pass criteria, a strong focus on innovation is a vital characteristic of any business that aims to operate in Singapore. It is not enough to have capital; businesses must add value an d demonstrate that they can contribute meaningfully to raising the productivity and quality of economic activity in the city state.

Other countries that have made it to the top ten list are comprised mostly of developed economies. Finland, Germany and the United States complete the top 5 list, displacing Sweden to the 6th position. Hong Kong moves up to the 7th position, up two rungs from 9th position last year. Similarly, Japan moved up one rung to 9th position this year. Netherlands and UK dropped to the 8th and 10th positions respectively.

The focus on innovation as a driver for growth is not exclusive to Singapore. As discussed in the New Champions forum and the latest GCI, innovation is pivotal to creating better lives for people across the world.

Explaining further, Mr. Satish Bakhda, Head of Operations at Rikvin said, “As evidenced in the new Singapore Entrepreneur Pass criteria, a strong focus on innovation is a vital characteristic of any business that aims to operate in Singapore. It is not enough to have capital; businesses must add value and demonstrate that they can contribute meaningfully to raising the productivity and quality of economic activity in the city state.”

“Having said that, we are confident that the report will compel more of the right investors, incubators and startups to relocate to Singapore. Singapore can offer them a combination of attractive programs such as the TIS and PIC scheme as well as a multitude of funding and incubation programs for startups,” affirmed Mr. Bakhda.