You are here: Home / All About Singapore: Facts and Figures / Singapore Healthcare System 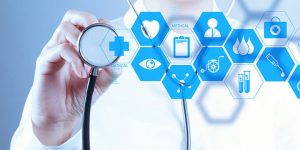 According to the latest World Health Report on healthcare systems by WHO, Singapore healthcare system has been ranked the best in Asia and sixth out of the 191 countries worldwide. The government heavily subsidizes the basic healthcare at public hospitals and polyclinics to ensure access to all Singaporeans of various strata. But, in order to ensure sustainable financing, patients are required to take a portion of the burden of medical services they use under the framework of 3M. Right now, the city state has achieved a near universal healthcare coverage with a health expenditure of below 4 percent of the GDP by following the twin philosophy of individual responsibility and affordable healthcare for all.

The government has evolved a mixed financing system with multiple layers of protection to make healthcare in Singapore affordable.

While the first tier of protection is the heavy government subsidies of up to 80 percent of the total bill in acute public hospital wards, the second tier if provided by Medisave. MediSave is a compulsory individual medical savings account scheme which allows practically all Singaporeans to pay for their share of medical treatment without financial difficulty. It’s a portable account across jobs where the employees and their employer contribute a part of the monthly wage, to save for future medical needs. According to the Ministry of Health (MOH), as on December 2008, an average Singaporean had approximately S$ 14,900 in his or her MediSave account, sufficient enough to pay for about ten acute hospitalisations.

Another layer of protection is provided by MediShield, which is a low cost medical insurance scheme for Singaporeans to risk-pool the financial risks of major illnesses.

Many middle and higher income Singaporeans also supplement their basic coverage by buying integrated private insurance policies for treatment in private sector, known as Integrated Shield Plans. But as per government policy, Singaporeans must subscribe to the basic MediShield product before they can purchase the add-on private Integrated Shield Plans. This preserves the national risk pool and act against cherry-picking of healthy citizens by private insurers. Also, to insure against a severe disabilities, programs like ElderShield and ElderShield Supplements are put in place.

The final layer of protection is the Medifund, which is a medical endowment fund set up by the government to act as the ultimate safety net for needy Singaporean unable to afford their medical bills despite heavy subsidies, Medisave and MediShield.

Singapore also has a central provident fund (CPF), which is a social security savings scheme in which all employees and their employers contribute a percentage of their salary. Employees 55 years and above contribute at lower rates. In addition to providing security for old age, this fund can also be used for healthcare, home ownership and asset enhancement. There are 3.34 million CPF members and the CPF balance stood at S$185.888 billion, as of December 2010.