You are here: Home / Blogs / Guess What They are NOT Cutting in the Fiscal Cliff 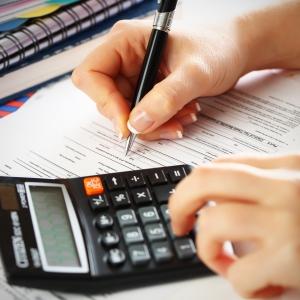 In his farewell address to Congress yesterday, Ron Paul blasted the dangers of what he called ‘Economic Ignorance’:

“Economic ignorance is commonplace. . . Believers in military Keynesianism and domestic Keynesianism continue to desperately promote their failed policies, as the economy languishes in a deep slumber.”

He’s dead right. Around the world, economic ignorance abounds. And perhaps nowhere is this more obvious today than in the senseless prattling over the US ‘Fiscal Cliff’.

Here’s the deal: You may remember the Debt Ceiling debacle of 2011. At the time, the US government was about to breach its debt ceiling, and there was an embarrassing standoff between Congress and President Obama.

As part of their eventual compromise, the debt ceiling increased by $400 billion in August 2011… then again by another $500 billion five weeks later… and finally by another $1.2 TRILLION twenty weeks after that.

In return, President Obama signed into law the Budget Control Act of 2011. The law stipulates that, unless another compromise is reached, a series of tax increases and budget cuts will automatically take place on January 1, 2013, including the expiration of the Bush tax cuts and the temporary 2% payroll tax holiday, plus new taxes related to Obamacare.

They call this the ‘Fiscal Cliff’ because everyone is terrified that all the budget cuts and new taxes will bring the US economy to its knees once again.

I’ve spent days analyzing the bill… and frankly, it’s a joke. You can read the 200+ pages yourself if you like, but here are the important points–

As we’ve discussed before, US government spending falls into three categories.

Discretionary spending is what we normally think of as ‘government.’ It funds everything from the military to Homeland Security to the national parks.

Mandatory spending covers all the major entitlement programs like Social Security and Medicare.

Then there’s interest on the debt, which is so large they had to make it a special category.

The latter two categories are spent automatically, just like your mortgage payment that gets sucked out of the bank account before you have a chance to spend it. The only thing Congress has a say over is Discretionary Spending. Hence the name.

In Fiscal Year 2012, which just ended 6 weeks ago, that shortfall increased to $251 billion. This means that they could cut the ENTIRE discretionary budget and still be in the hole by $251 billion.

This is why the Fiscal Cliff is irrelevant. The automatic cuts that are going to take place don’t even begin to address the actual problem; they’re cutting $110 billion from the discretionary budget… yet only $16.9 billion from the mandatory budget.

Given that the entire problem is with mandatory spending, slashing the discretionary budget is pointless. It’s as if the US economy is a speeding train heading towards a ravine at 200 mph, and the conductors are arguing about whether they should slow down to 150 or 175.

The government thinks that they will collect a few hundred billion dollars more in tax revenue when all of these new taxes kick in. Again, wishful thinking.

In the six+ decades since the end of World War II, tax rates in the US have been all over the board. Yet during this time, the US government has only managed to collect roughly 17.7% of GDP in tax revenue.

Conclusion? Increasing taxes won’t increase their total tax revenue. Politicians have tried this for decades. It doesn’t work. The only way to increase tax revenue is for the economy to grow… and higher tax rates do not pave this path to prosperity.

Ron Paul was spot on. Economic ignorance abounds. And all the Talking Heads in the mainstream media blathering away about the Fiscal Cliff are only reinforcing his premise.

Bottom line– the Fiscal Cliff doesn’t matter. The US passed the point of no return a long time ago.

Too fast and too much? Parliament Discusses Work Visa’s Effects on SMEs
No Inflation Here Parking Spot in Suburban Hong Kong Sells for 168K