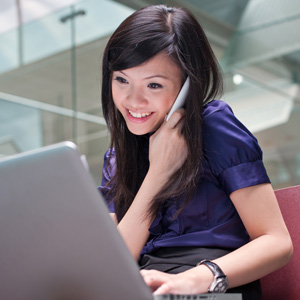 Graduates from Singapore’s three homegrown universities continue to be in demand by employers, according to a joint Graduate Employment Survey (GES) that was recently published on Singapore’s Ministry of Education’s (MOE) website. The said institutions are the National University of Singapore (NUS), Nanyang Technological University (NTU) and Singapore Management University (SMU).

Analysis by Singapore company formation specialist Rikvin shows that the data presents potential students a strong case for local tertiary education as well as information that allows them to determine which course of study is most suitable for them and gives them a head start in life.

The GES, which is conducted annually, studies the employment outcomes of graduates, about half a year after the completion of their final examinations. The latest survey, which was conducted in 2012, found that 91% of 9,668 fresh graduates surveyed were employed within that period. 85.6% of them secured full-time, permanent jobs.

It is heartening to see some graduates take on an alternative path and pursue entrepreneurship after graduation. Ultimately, the figures indicate that potential students may open more doors for themselves and acquire useful skills when they pursue higher education.

In addition, fresh graduates in full-time permanent employment earned a mean gross monthly salary of S$3,260. However, analysis from Rikvin showed that law and science-based courses earned the higher spectrum of the salary bracket.

98.6% of graduates who studied Architecture, Biomedical Science (Traditional Chinese Medicine), Law, Medicine and Pharmacy and completed a practical training component were employed within 6 months, with 98% of them securing permanent positions. Their mean gross monthly salary was S$4,465.

In addition, although over 75% of SMU graduates got job offers before graduation or within the first month of graduation, 30 have decided to setup a Singapore company.

Offering her thoughts, Ms. Christine Lim, General Manager of Rikvin said, “It is encouraging to see that graduates from Singapore’s universities are employable and in demand in spite of last year’s economic conditions. The high employment rate is also encouraging, indicating that our economy is still dynamic and creating opportunities for our youths. It is also heartening to see some graduates take on an alternative path and pursue entrepreneurship after graduation. Ultimately, the figures indicate that potential students may open more doors for themselves and acquire useful skills when they pursue higher education.”