You are here: Home / Blogs / 10 Best Industries for Startups in 2022 in Singapore 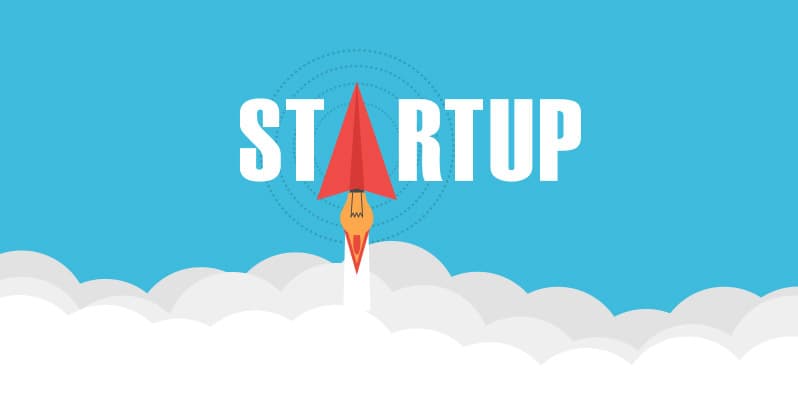 More often that not, lucrative new industries just seem to appear out of nowhere, leaving you to wonder how you could have profited if you got in on the ground floor. We’ve taken a look at global trends and found the 10 best industries for startups to help assist in your business conceptualisation if you want to register a company in Singapore in 2021. Read on and see where you might be able to ride the next big industry wave.

While the cityscapes of nighttime Singapore might seem like a good backdrop for Blade Runner-esque biohacking, it’s actually a lot less futuristic than it sounds. Biohacking, as a generalisation, is simply about human performance and optimisation.

While in theory, it can (and will) cover things like Near Field Communication (NFC) chip-implants and gene manipulation, right now biohacking is mostly about more manageable things like intermittent fasting and ketogenic diets.

Once the domain of Silicon Valley high flyers looking for a competitive edge, biohacking clinics are becoming more and more prevalent in major North American and European cities. While the emphasis is on high-tech and futuristic branding, at its heart, the biohacking industry is about restoring the health of wealthy but busy urbanites. And that does sound like a market Singapore has in spades.

All of a sudden, plant based meat alternatives are popping up all over the place in Singapore — and it’s little surprise given that the likes of Burger King and McDonalds have bought meatless meat into the global mainstream over the last year or so.

It’s estimated that the plant based meat industry will be worth S$4.39b by 2024, so it makes sense that one of the bigger players, Impossible Foods, has received heavy backing from Bill Gates and Hong Kong billionaire Li Ka-shing’s Horizons Ventures.

The prospect of either lab grown meat or plant based meat production is a real, viable option for Singapore given that there has never been any plentiful land for food production. In a new age of environmental awareness, urban markets around the world are clamouring for meat alternatives, and Singapore should continue to put their best foot forward for global innovation.

It’s a brave new world out there, and Millennials and Gen-Zers are rejecting long standing gender roles, so gender specific products are no longer on their shopping lists. Add to the mix male skin and beauty care becoming more prevalant, and unisex cosmetics is seeing a serious rise amongst the sophisiticated youth market worldwide.

It’s not going unnoticed either — market analysts CB Insights noted “expanded inclusive beauty” as an industry to watch in 2020. Luxury brands like Gucci and Lululemon have already jumped on the non-binary bandwagon, and have a range of gender-neutral options available to their clientele.

On the manufacturing side consideration for natural products should be made, and from the distribution side, marketing should have a heavy focus on being clean and eco-friendly. With around 1.6 million Singaporeans under 34, there is a great local market to service, even if you don’t go abroad.

Perhaps not the sexiest of industries to be listed, but the rise of public relations, and more specifically, its advances over traditional advertising, cannot be denied. In a world now consuming (and consumed by) social media, public relations has been able to adjust public opinion in a much less obvious way than traditional marketing and advertising.

As a result, major brands have substantially shifted their marketing budget away from standard advertising and towards opinion-shifting public relations, to better influence the digital landscape. In 2019 alone, the global public relations industry hired an extra 320,000 employees to meet their growing needs.

Combine this strong market trend with Singapore’s long history as a service economy, and public relations appears to be a very attractive option for those looking to dip their toes into the waters of a new industry.

It’s no secret, junk food is tasty, but bad. For the last 30 years or so, any health conscious consumer would have their junk food cravings tempered by the associated guilt of indulging themselves. And later attempts to introduce vegan and sugar free options were stymied by a reputation of simply not being as palatable as the ‘real thing’.

Enter the modern wave of healthier junk foods, which tries to strike a balance between those two poles — being lower in calories, but not compromised in taste. Ingredients like pea protein have been engineered to do just that, to create a remarkable facsimile to more calorie laden snacks.

It seems to be going well too, as IBISWorld has noted that low calorie snack foods have grown at a much higher rate than high calorie snack foods over the last decade. With an Singapore urban population always looking to be on trend and health conscious, the healthy junk food business would be a good industry to take a bite out of.

If data is the new oil, then water will trump them both in the not too distant future. Earth’s most necessary natural resource, water is literally a lifesource for billions of people. It’s not just third world countries needing to improve their water quality either— the likes of Flint, Michigan, in the United States has highlighted the need for water purification even in urban and suburban areas of developed nations.

The last five years has seen a 25% increase in investment for water quality initiatives in the United States alone, so we would expect global trends to follow suit. With Singapore being an island nation with few natural resources, clean water services may well be an important part of the future economy.

Related Read: Starting a business during a recession? Check out these essential tips »

What’s the only thing that is more of a status symbol in Singapore than a pet? A pet with wearable technology, of course. We’re not joking, there has been a clear upward trend in the concern for the mental and physical wellbeing for our four legged friends, to the tune of S$973 million in spending  in 2019, expected to rise to S$2.4 billion in 2024.

While pet wearables are just a small part of the overall pet care market, with over 800,000 pets in Singapore alone, the pet wearable market may just be a great industry to get a lead on.

With even the humble consumer being able to GPS track their pizza delivery, commercial operators are starting to demand the same level of certainty with their shipping. Every party involved in the logistics process is now logging huge amounts of data, so software developers have begun to find optimal connections between for example, trucks and shippers.

While it may not be the most glamourous industry on the list, you should be able to collect some decent investment and developers given it’s estimated to be a S$4.4 billion market. With Singapore already a hub for Asian to Western markets, it makes a lot of sense to take a further look at the logistics industry.

If there is one pervading note that peeks out of this list as a common theme, it’s a more conscious awareness of our impact on the planet. Sustainable consumables are becoming more and more popular, with everything from reusable shopping bags to recyclable, bioplastic coffee cups becoming the norm in place of their polluting ancestors.

The sustainable packing industry is just one small part of the larger sustainable consumable movement, and that is projected to be a S$100 billion plus market by 2027 in the United States alone.

It’s no stretch of the imagination to say that Singapore will need to be more conscious of its waste if it is to maintain it’s clean and green reputation. Combine that with the simply staggering figures above, and sustainable consumables seem to have a bright future.

Yes, this is in here on purpose. While it may reek of nonsensical babble to some, astrology has seen a 21st century surge in a time of clinical technology and hard science. Given that it’s 2020, we’re not talking about old ladies in tents reading palms, we’re talking about high tech apps, ebooks, and podcasts.

Still not convinced? What if we told you the mythical services market is worth S$2.9 billion dollars? That’s enough to convince even the most skeptical entrepreneur to get some henna tattoos and their chakras realigned.

It is the nature of commerce that there will always be new industries popping up, ready to be leveraged. As Singapore’s premiere company registration service provider, we’ve got our finger on the pulse of what is worth your while, and how to maximise your chances of success. If you’d like any advice on transitioning into a new industry, please do contact us, it’s both our job and pleasure to help.

Register your startup in Singapore today!

Rikvin’s team of experts can assist you in navigating the rising industries and register a Singapore company.