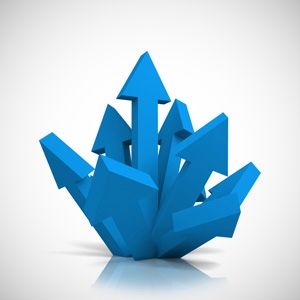 I was sitting across from an impossibly blonde account executive this afternoon when I heard three words I never thought I’d hear at a foreign bank.

“Are you Greek,” she asked me with a bit of a smile…

I couldn’t believe what I was hearing. Let me explain.

As you may know, US citizens have long been the world’s banking pariah thanks to a piece of remarkably stupid legislation called the Foreign Account Tax Compliance Act (FATCA).

FATCA was passed a few years ago as part of a greater US government effort to create jobs. And boy was it successful– thousands of new jobs were created as a result of the legislation. Unfortunately, most of the new jobs are for tax collectors.

In short, FATCA requires EVERY BANK IN THE WORLD to sign an information-sharing agreement with the IRS. No matter what. Even the tiniest bank in Bhutan that has never seen a foreigner walk through its doors has to jump in bed with the IRS.

What’s more, if banks don’t comply (or even know about the law), the US government will severely penalize them with a 30% withholding tax on most funds routed through the US.

But after years of this trend building, I’m starting to see signs of it breaking. FATCA initially sent shockwaves through the worldwide banking industry, and after years of lobbying their own governments, a compromise appears to have been reached.

This approach gets banks off the hook from having to deal with Uncle Sam, yet it still fulfills the original spirit of FATCA: destroy financial privacy. Mission Accomplished.

The good news is that a lot more foreign banks are receptive to having US customers. Which brings me back to my experience today in Norway.

The banker didn’t care that I have a US passport. US customers are OK once again, it’s now Greek customers who are the banking pariah du jour.

You may recall from our previous discussions that the Greek government has taken the liberty of confiscating funds directly from people’s bank accounts at will. If they decide (in their sole discretion) that you might be a tax cheat, they take your money. No questions asked.

Naturally, many Greeks are now desperately trying to move their funds abroad. Unfortunately for them, some banks just don’t want to be caught in the middle of this feud.

The result? Many banks are starting to turn away Greek customers or mandate large initial deposit requirements in excess of 500,000 euros.

It’s a classic example of what happens when people wait too long. Some folks took action early and are sleeping well. Others saw the writing on the wall and did nothing. They waited until the tax authorities were en route to even begin thinking about ways to protect their savings.

Bottom line, if your government is insolvent, your savings are at risk. And opening a foreign bank account is one of the most important things you can do for your savings. Greeks are starting to figure this out the hard way.

The good news is that a lot of options are starting to open back up for US citizens. Who knows how long this opportunity is going to be available… but it’s here now.

The other good news is that, even if nothing bad happens, it’s still a good idea to have a foreign bank account! Why would you want your savings languishing in an insolvent, quasi state-owned zombie bank that’s loaded with toxic debt?