You are here: Home / Blogs / Doing Business in India is Hard: ISAS Chairman 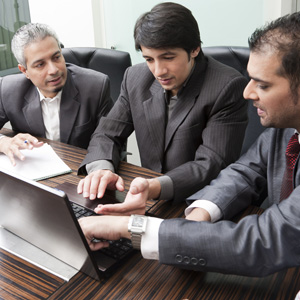 Starting a business in India is hard and tedious, said Gopinath Pillai, an ambassador-at-large for Singapore and the chairman of think tank Institute of South Asian Studies (ISAS).

Speaking to Livemint in an article titled “It’s difficult to do business in India: Gopinath Pillai”, Mr Pillai said India is unlike Singapore, where everything is transparent and companies can easily be registered online.

“Policies are sometimes interpreted in ways that was not the original interpretation. One of the main reasons foreign investments have been low in India is due to this – they go there and don’t know what the law says and if they go to court, it is a hell of a long process; the movement of the process is almost glacial,” he said.

Mr Pillai also said his venture in India took 2 years to get approval to set up a freight station. Another railway venture took 1.5 years for the approvals to arrive.

However, the profits from Indian operations can be higher when compared to Singapore, Malaysia or even China, he said.

Rikvin acknowledges that India may indeed still be profitable, but the transaction costs of operating there, such as administrative red tape and tedious legal and approval processes may intimidate potential investors, leading them to look elsewhere for business opportunities.

India may hold some opportunities for investors due to its huge population and some of its markets are still relatively untapped by foreign businesses. However, India would need to improve its administrative governance and business environment in order to attract more foreign direct investments.

However, Singapore is the complete opposite of India when it comes to doing business, said Mr Satish Bakhda, Head of Operations at Rikvin.

“India may hold some opportunities for investors due to its huge population and some of its markets are still relatively untapped by foreign businesses. However, India would need to improve its administrative governance and business environment in order to attract more foreign direct investments.”

“Businesses can be incorporated within an hour in Singapore. The registration process can easily be done and entrepreneurs and businessmen need only $1 in minimum paid-up capital. The efficient legal system is also one attractive point of Singapore; arbitration or litigation is fair and reasonably fast. It’s difficult to find another business hub like Singapore,” Mr Bakhda said.

The slowdown in India’s economic growth is also another factor for entrepreneurs to consider before pumping in their money into the South Asian state.

“India’s economic growth is projected to slow down within the next few years. It has had its share of booming economic growth of over 8% annually in the past few years but it looks to be slowing. India is also facing budget deficits and an appreciating rupee which is hurting its exports,” Mr Bakhda said.