Chat With Us
You are here: Home / Blogs / Has US Housing Bottomed? 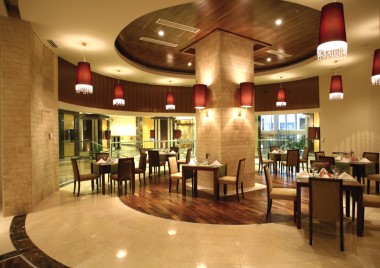 After an almost uninterrupted period of decline over the last few years, US home prices now have some positive momentum.

For one, the S&P/Case-Shiller index of property values in 20 cities has seen its highest increase in more than two years. In addition, JP Morgan CEO Jamie Dimon recently stated that his bank was seeing a surge in mortgage applications.

And perhaps most importantly, the National Association of Realtors has reported that the nation’s inventory of homes on the market has dropped to its lowest level since March 2006, while the median home price is 11.3% higher than a year ago.

These are definitely good signs for housing. But remember, nothing goes up or down in a straight line. Just like a stock market that suffers a serious crash, housing has been due for an upward correction.

But it is a false premise to conflate ‘rebound’ with full blown ‘recovery’. The market could just as easily improve, then decline once again in a few months’ time. Positive data is great, but doesn’t necessarily portend long-term growth.

Here in LA, the median asking price of a home is now $361,390. This is 12.2% higher than in January 2012. Good news. But over the last few years, the LA market has gone through similar periods of growth, followed by more declines.

People readily accept that stock markets can turn on a dime and move in the other direction. Fact is, housing can do the same. Over the long-term, it’s fundamentals that count. That means demand, supply, and policy:

So in a way, Bernanke is lowering one cost of home ownership, but simultaneously inflating others.

This means that it may be too early to uncork the champagne bottle and declare an end to the housing crisis in the US.

It only takes a few years so build millions of new homes, but it can take decades for demographic shifts to mop up all that supply. It’s foolish to believe that the crisis has abated simply because the Fed has printed a ton of new paper.

No doubt, it makes sense to refinance a home at 3.5% (possibly the best way to bet against the dollar). As does buying high quality, well-located properties at today’s prices. The general rule is if you can buy it for less than construction cost, it’s very hard to get hurt.

But these deals are few and far between. So before writing big checks for mid-grade investment properties, it’s definitely worth taking a long-term view of the fundamentals. On an inflation-adjusted basis, the market still has major headwinds.

Stepping Out of Your Comfort Zone: Tips for New Entrepreneurs
Singapore, where has all your talent gone?