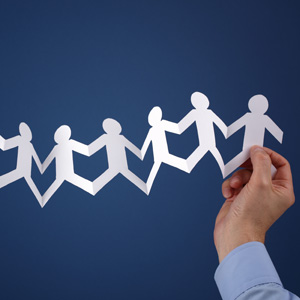 A key labour law change will increase protection for more than 450,000 employees in Singapore after amendments to the Employment Act was passed in Parliament last month.

According to a Straits Times article titled “Key labour law expanded to protect more workers”, employers will need to pay workers’ salaries on time. Workers must also be given benefits which are due to them. For example, paid sick leave, and unfair dismissal.

Other changes which may take effect will include mandated payslips and detailed employment records.

Rikvin acknowledges that this is part of the government’s drive to ensure that working conditions in Singapore remains one which is updated and among the best in the world. This is especially so with the expected shifting of traditional working arrangements towards those which are considered “non-traditional”.

Related Read: Why does Singapore farewell as an open economy?

“Non-traditional” working arrangements can include fixed-term contracts, outsourced workers and freelancers. As well as arrangements for workers to work flexible hours and from home.

With Singaporeans becoming more educated and more women joining the workforce. Concessions made for non-traditional working arrangements cater to higher skills and maternity benefits for mothers.

Mr Satish Bakhda, Head of Operations, Rikvin said: “The changes take into account the fact that the number of PMES in Singapore will soon exceed 30% of the labour force. It will also ensure that Singapore workers remain competitive and reap the full benefits of what they deserve.”

“This keeps employment practices in Singapore fair and reminds employers of the welfare of their workers. The changes will also improve the productivity of the labour force. As workers do not need to worry about getting their salaries late or losing their jobs suddenly.”

“But this is not entirely in workers’ favour. Employers will still be able to stay competitive. For example, PMEs must have served at least 1 year in their firm. Before they can seek redress against unfair dismissal.”

“The labour law changes which have just passed is a good mix of protection for workers and employers. Workers need not be fearful of unjust dismissal. While employers will still be able to retain talent and penalise non-performers,” Mr Bakhda said.