You are here: Home / Blogs / Model Constitutions of Singapore Companies

As has been widely reported, Singapore is in the midst of implementing the largest number of changes to the Companies Act since it was enacted in 1967. This latest review of the Act is to ensure that the country’s corporate regulatory framework is geared up towards the changing business realities, by reducing the regulatory burden and ease of compliance for companies. And all this is to be done in a transparent corporate environment, which generates investors confidence.

And one of the major amendments of phase two, along with the revamping of the BizFile into a more user-friendly and intuitive interface BizFile+, is the merging of Memorandum and Articles into “ Model Constitutions”.

So what happens to Memorandum and Articles of Association on or after January 3, 2016? 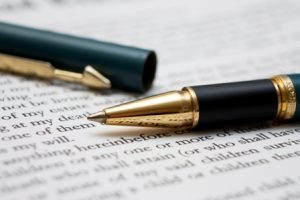 Existing companies do not need to adopt the Model Constitutions, as their existing Memorandum and Articles of Association will be treated by ACRA as their constitution, from January 3, 2016.

But for all companies incorporated on or after January 3, 2016, “Model Constitutions” is the norm. Thus, anyone wishing to incorporate a company in Singapore now, had three options as regards to adopting a model constitution:

Same as with the standard MAA document provided by ACRA, to help companies understand the concept of Model Constitutions, a private company limited by shares can follow the model constitution prescribed under section 36(1)(a) of the Act set out in the First Schedule.

For companies limited by guarantee, the model constitution is prescribed under section 36(1)(b) of the Act set out in the Second Schedule.