You are here: Home / Blogs / As NS enlistments drop, is immigration a solution? 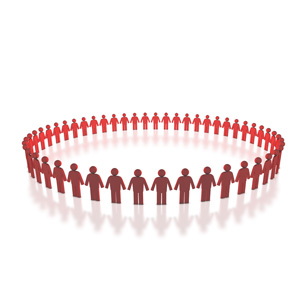 Singapore Defence Minister, Ng Eng Hen, has recently remarked during the Singapore Armed Forces (SAF) Day on July 1, that low levels of fertility over a prolonged period of time would in turn pose a big challenge to SAF in terms of National Service (NS) enlistments.

However, Mr. Eng noted that the government and defence forces are preparing for the impending decline in enlistments through the use of technology, maximizing the potential of every NS-man and application of modern warfare. The minister added that the current strength of SAF (300,000) is capable of fulfilling all its mission.

Mr. Ng’s comments come hot on the heels of a survey by the Singapore Institute of Policy Studies (IPS) that was discussed in our former blog post. According to IPS’ survey, 1,000 local-born and 1,000 foreign-born residents in Singapore, NS is a key indicator of social integration. 69% of locals indicated that Singapore permanent residents (PRs) should be made to undergo NS, whereas only 43% of the foreign-born citizens felt that PRs should be made to do so.

Thus, the results indicate that more local-born Singaporeans than PRs feel strongly about the fulfilment of NS duties by PRs requirements. Hence it is an enduring source of resentment among Singaporeans when one is able to renounce his PR status to escape enlistment, while Singaporeans themselves do not have, in the words of Dr Leong Chan-Hoong of IPS, such an “escape hatch”.

Recognising the divergent views between citizens on whether conscription is a key marker in deciding what makes a person Singaporean, the Ministry of Defence (Mindef) has then warned of adverse consequences for Permanent Residents (PRs) who renounce their PR status to avoid NS.

According to a study by MINDEF, one-third of NS-liable male PRs deliberately chose to give up their PR status in order to avoid serving the country. Additionally, about 8,800 male PRs enlisted for and served NS over the last five years, while some 4,200 renounced their PR status instead.

“The question is how do we grow our population in light of declining birth rates and a rapidly ageing population? Evidently, not only do these factors affect not our defence framework but almost every possible socio-economic sector will be affected too. Although immigration is a contentious issue these days, perhaps prudent immigration framework via a strategic open-door policy may be a viable approach,” argued Mr. Satish Bakhda, Head of Rikvin’s Operations.

In another article by IPS titled “When in Singapore, act like a Singaporean,” social integration is a two-way process. While Singapore must remain open to high calibre foreign professionals and job-creating entrepreneurs, immigrants must also demonstrate the republic’s core values such as multiculturalism, religious tolerance, meritocracy and good order. In a round-table organised by the institute, experts have argued to maintain the foreign workforce at 25% of the total population, develop highly skilled Singaporeans, redistribute wealth among low-income citizens, and focus on increasing productivity of workers.

“We are also of the view that high-calibre professionals should be encouraged to sink deeper roots in Singapore and make Singapore their eventual home. We must remember that when high potential businesses opt for Singapore company incorporation, they generate employment and development opportunities for Singaporeans as well, which in turn could play a role in narrowing income gaps. Even with a pragmatic approach to immigration, it is key to help new immigrants embrace Singapore’s core values so that their transition is smoother and we can all enjoy a more dynamic and cosmopolitan Singapore,” concluded Mr. Bakhda.