You are here: Home / Blogs / This Place was Designed to Do Business 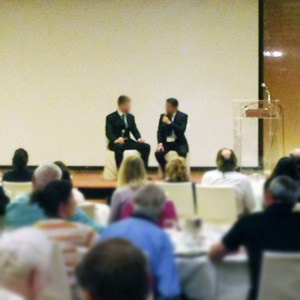 Over the last two days, executives from Rikvin spoke at the Offshore Tactics Workshop, upon the invitation of Sovereign Man.

Sovereign Man has organised numerous workshops with guests such as Jim Rogers and Ron Paul.

Prior to the workshop, Simon Black, a spokesman at Sovereign Man had said:

“Singapore is a great place to hold such an event as it’s easily one of the most financially stable jurisdictions on the planet. Think about it– the government here has ZERO net debt. They run generous budget surpluses each year. In fact, they’re awash with so much money that they have to find creative ways to give it back to taxpayers.”

“They’ve created conditions to attract foreigners, foreign business, and foreign capital from all over the world. And at the same time, they’ve created an environment where residents get to keep the vast majority of what they earn. The banking system here is also a major plus; Singaporean banks are incredibly liquid, maintaining plentiful cash reserves as a percentage of customer deposits. If you look objectively at the numbers, it makes all the sense in the world to move a portion of your savings to a place like this. Zero net debt. Minimal tax burden. Strong, liquid, well-capitalized banks. By comparison, most western developed countries are drowning in debt, and their banks are thinly capitalized.”

This week’s workshop, which was held at the Regent Hotel in Singapore, was attended by 100 guests who have flown in from all over the world.

Mr. Satish Bakhda, Head of Operations at Rikvin, shared some key topics that are of interest to the offshore tactics workshop attendees, including the following:

The talk was followed by a Q&A as well as a networking session.

Commenting further, Mr Bakhda said, “It was a very good experience for us to contribute to the workshop and share our knowledge on why Singapore is the best place to do business in the world. Singapore offers a very conducive environment to do business. It encourages entrepreneurship to thrive as the government acts as a true partner in giving you every opportunities and tools to succeed.”