You are here: Home / Blogs / Proposal To Return To Gold Standard Announced 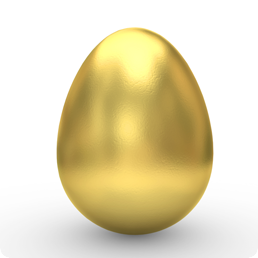 If you haven’t heard yet, the committee which is drafting the platform for next week’s US Republican National Convention has announced that they are including a proposal to return to the gold standard. Big news.

Ironic… given that it was a Republican president (Richard Nixon) who abolished the gold standard in the 1970s. Regardless, it’s nice to see the issue thrust into the spotlight. But does it stand a chance of actually becoming a reality?

Let’s look at some numbers.

According to the World Gold Council, all the gold that has ever been mined in the world is now valued at roughly $10 trillion. This is essentially the same number as the current M2 money supply in the United States.

In other words, to fully back its existing money supply, the US government would have to control every ounce of gold that has ever been mined in the history of the world.

At present, the market value of the federal government’s gold holdings only amounts to about $250 billion. Now, I’m making a big assumption that Uncle Sam is accurately reporting his gold holdings. But we shouldn’t worry much about this, US gold holdings are going to be audited soon. By the Treasury Department. How impartial.

Anyhow, this $250 billion worth of gold bullion constitutes a mere 2.5% of US money supply. So advocating a return to the gold standard is much easier said than done.

Even under a flimsy, partial gold standard, the amount of gold backing the currency would certainly need to be north of 2.5%. Even if just 10%, this would suggest either:

Clearly one of the key risks in this scenario is that the US government would need to acquire as much gold as they can get their hands on, likely through Roosewellian-style gold confiscation.

Let’s be honest, though. This talk of a return to the gold standard is probably just a pipe dream. The numbers don’t make sense. Besides, why would any politician want to be constrained from conjuring money out of thin air?

But just in case the idea gains momentum, it may be worth a speculation.

One could, for example, buy some options on long-dated futures; the call option to buy gold at $2,350 in December 2017 costs around $225 right now. Assuming that silver also rockets in price, one could pay ~$2 for an option to buy an ounce of silver in December 2016 with a strike price of $80.

If a return to the gold standard drives precious metals prices through the roof over the next five years, those options could be worth 20x what you pay today. If it ends up being nothing, your exposure is limited.

Naturally, there are a number of risks associated with making such speculations in public markets… not the least of which is the counterparty risk associated with the exchange itself.

If you have the means, you can reduce this risk by investing through foreign exchanges. Hong Kong’s exchange currently has a cash-settled gold futures contract (100 troy ounces of 995 gold priced in USD) and will eventually introduce options. Other global exchanges (Shanghai, Singapore, etc.) also transact gold futures.

Of course, nothing beats owning physical metal, preferably stored overseas. If Roosewellian-style gold confiscation becomes reality once again, the safest place for your gold is going to be a snug safety deposit box in a place like Hong Kong or Singapore.