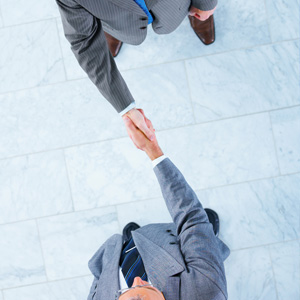 The most anticipated Jubilee Budget was delivered by Deputy Prime Minister and Minister for Finance Mr. Tharman Shanmugaratnam on 23rd February at 3.30pm in Parliament.

As the nation celebrates 50 years of independence, expectations are running high for SG50. The budget takes four major steps in four areas:

Singapore’s development expenditures have already increased from $12 billion five years ago to about $20 billion (4.8% of GDP) in the coming fiscal year. They will grow further, by 50% to about $30 billion (6% of GDP) by the end of this decade.

Against this backdrop, here are a few noteworthy aspects from the Budget 2015:

An important message of this year’s Budget Statement was to stay the course as the economy continues to restructure, and focus on creating a bright future for Singapore through innovation.

“We must reach our next frontier as an economy, with firms driven by innovation, and higher incomes coming from deep skills and expertise in every job.”

In line with investing in capability upgrades and deep skills, the Budget highlighted five growth clusters of the future:

These are the areas where Singapore has the capacity to excel, and the government will make substantial investments to improve domestic capabilities and expertise in these growth clusters.

Gradual Phasing Out of the Transition Support Package

The Transition Support Package, launched in 2013, was set to expire in YA 2015. However, to help SMEs adapt to continued economic restructuring, it will be phased out in stages.

In line with this, the following components will be extended for another 2 Years of Assessment (YAs):

Meanwhile, the third component of the Transition Support Package, the PIC Bonus has ran its course and will expire this year.

Investing in innovation and internationalization of SMEs was another focal point of the Budget. The Government will strengthen support to businesses that are making significant efforts to raise their productivity, especially by innovating and internationalizing.

There are three new measures announced that will help SMEs expand internationally:

The co-investment cap for SPRING’s Startup Enterprise Development Scheme (SEEDS) and Business Angel Scheme (BAS) will be increased.
SPRING Singapore will provide 50% risk-sharing with selected financial institutions for such loans over an initial period of two years. The aim is to catalyze about 100 venture debt loans, totaling approximately $500 million. Support level will be raised under International Enterprise (IE) Singapore’s grant schemes from 50% to 70% for the next three years.

Through Innovation and Enterprise five-year plan efforts will be made help companies develop, test and commercialize new products and solutions. The National Research Fund announced a $1 billion boost to fund this.

Personal income tax deductions for qualified charitable donations made this year will go up from 250% to 300%. The 250% tax deduction for donations, which was set to expire at the end of 2015, will be extended for another three years till the end of 2018.

To help residents cope with the cost of living, the government is granting an income tax rebate of 50% for this year, with an annual cap of S$1,000.

The government will increase the income tax rates of top income earners, with effect from YA 2017. The top marginal income tax rate will go up from 20% to 22% for the highest income earners with a chargeable income above S$320,000. This affects approximately the top 5% of taxpayers.

This year’s Budget proved to be as pro-business as it is pro-people. In a nutshell, it is an expansionary Budget, with Jubilee handouts for the middle class, and incentives to improve the productivity drive.

To learn more about the Budget, please read: Budget 2015 – Overview of Tax Changes.