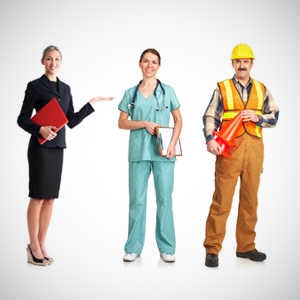 In recent months, immigration has been a contentious issue amongst Singaporeans and has begun to be an area of concern for the Singapore government. The authorities have been balancing the inflow of foreign workers at all levels as well as enhancing the number of opportunities available to Singaporean workers. The “Singaporeans first” strategy, which includes addressing Singapore’s rapid pace of migration through a variety of measures, also aims to avoid comprising its growth coefficient of economy, as for time, the republic has been lauded as the easiest place to do business in the world.

This year alone, the reduction in dependency ratio ceilings (DRCs) and most recently, the tightening of the Singapore Dependent Pass (DP) framework have set Singaporeans as well as residents alike debating about what it means to work and live in the densely populated city-state.

The Ministry of Manpower (MOM), in a bid to moderate the growth of Singapore’s non-resident population and help ease pressure on country’s social infrastructure, made the following changes for DP privileges, which will take effect on September 1, 2012:

However, DP holders who are in Singapore prior to the cut-off date, are eligible to stay if the corresponding work pass holders have valid passes with their existing employers. Notably, existing EP and S Pass holders who change employers after the deadline will then have their dependants be subjected to the new DP framework. This is because any change in employer by a work pass holder is considered a new application.

The changes come close on the heels of the enhanced EP framework announced by MOM earlier this year. From January 1, 2012, the qualifying salary for the Q1 Pass was increased from S$2,800 to at least S$3,000 for young graduates. Meanwhile, older applicants would have to command a higher salary which must be commensurate with their work experience and value-add to qualify for the Q1 Pass.

On the other hand, the qualifying salary for P1 Pass remained unchanged at S$8,000, while the salary threshold for the P2 Pass was raised from S$4,000 to S$4,500. Concurrently, MOM has also raised the bar for educational qualifications requirements. Mid-level skilled foreigners (e.g. technicians) who wish to work in Singapore via a S Pass must be able to earn a minimum fixed monthly salary of S$2,000.

“Singaporeans remain the core of our workforce so that we don’t become like the Gulf states where 80% of the working population is foreign (…) At the top end of the workforce, we have to allow high quality professionals and entrepreneurs because they grow our businesses here and help Singapore compete internationally.”

“If you look at what we are doing, at the bottom, we are tightening; at the top we have to be free. In between,(the middle, the lower middle level) we have to make some adjustments (…) But we also have to be mindful of the impact on companies, especially local SMEs, because they need the foreign workers the most, and if we squeeze out the foreign workers too drastically, we are going to kill our SMEs. Hence, we are helping the SMEs to adjust with grants, tax deductions and all sorts of schemes for upgrading productivity.”

Singaporeans remain the core of our workforce (…) At the top end of the workforce, we have to allow high quality professionals and entrepreneurs because they grow our businesses here and help Singapore compete internationally. If you look at what we are doing, at the bottom, we are tightening (…).

In between, (the middle, the lower middle level) we have to make some adjustments (…) But we also have to be mindful of the impact on companies, especially local SMEs (…). Hence, we are helping the SMEs to adjust with grants, tax deductions and all sorts of schemes for upgrading productivity.”
– PM Lee, 2011

Further to this, the MOM has reduced the DRCs (maximum number of foreign workers that companies can hire) in the manufacturing and services sector, as well as in the S-pass sub-DRC in all sectors. The changes in effect from July 1, 2012 are:

This measure is in accordance with Finance Minister Tharman Shanmugaratnam’s Budget 2012 speech, where he noted the need to “introduce further measures to moderate the increasing dependence on foreign manpower which has grown by 7.5% per annum over the last two years.”

This is especially pertinent for the construction sector, which employs more than a third of all work pass holders. MOM has further reduced the man-year-entitlements (MYE) by an additional 5% for new projects awarded w.e.f July 1, 2012. Also, a higher foreign worker levy of S$650 will be introduced for basic-skilled work permit holders in the MYE-waiver category from January next year. This will be raised to S$750 in July, 2013.

“Imparting citizenship privileges without comprising on growth prospects against the backdrop of an uncertain economic climate is a tough task. However, the Singapore government has thus far approached these issues pragmatically. As laid down by PM Lee last year, we have to moderate and manage foreign workers, but also stay open to bring in enough so that we have the manpower to grow and prosper,” concluded Mr. Satish Bakhda, Head of Rikvin’s Operations.