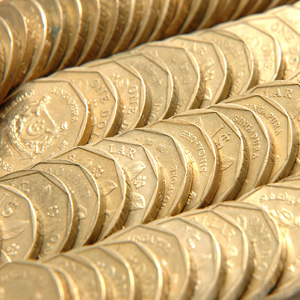 Late last month, the National Wages Council’s (NWC) recent wage increment recommendation for 2013/2014 has been accepted by the Ministry of Manpower (MOM). The move is meant to help low wage workers cope with the rising cost of living in Singapore. The Government, on its part, strongly supports this guideline, and encouraged companies, unions and workers to come together to achieve higher productivity as well as its related gains.

The NWC has recommended that low wage workers earning up to S$1,000 per month should be given a built-in wage increase at a minimum of S$60 monthly. The recommendations cover the period from 1 July 2013 to 30 June 2014.

This year, the NWC has recommended that employers share their productivity gains fairly with workers and in a sustainable manner. It also deems the recommendation as fair, achievable and far from wild.

Unfortunately, there is no silver bullet to remedy this situation and some of the possibilities at the moment i.e. upgrading of skills and moving up the value chain, involves more opportunity costs and short to medium term pains.

However, some employers are coming out to say that rising business costs and tough tender pricing competition are making it hard for them to raise wages as recommended.

Firms in the landscaping business for example, anticipate a 5% increase in business costs this year, while security and laundry services anticipate a hike of about 10 – 25%. Furthermore, as it is, some firms are absorbing their own costs increases in order to ensure that expiring contracts will be renewed. In addition, such industries face cost challenges borne by a tight labor market as well as higher foreign worker levies and dependency ratio ceilings.

Analysis by Singapore company registration specialist Rikvin shows that the wage disparity between the richest and the poorest in one of the wealthiest city-states in the world is not the only persistent socio-economic challenge on hand.

“Saddled with increasing business costs, Singapore’s small businesses, unlike its larger and wealthier corporations, find a S$720 increase in business cost per staff per annum a heavy burden. This extra cost unfortunately amounts to a considerable sum, for a company with for example, 20 employees. This means that struggling smaller businesses may not be plain selfish when they say, they do not have the means to commit to this seemingly small wage increment and yet manage a business sustainably,” explained Ms. Christine Lim, General Manager of Rikvin.

“Yet this does not sit well with us, to live in a country as prosperous and costly as Singapore, and to know that 12% of our fellow countrymen are surviving on S$1,000 or less. It brings to attention too, that many of the people who are earning the least in Singapore have not been able to participate meaningfully and be mobile enough to be remunerated with dignity.”

“This then raises questions about the nature of meritocracy in Singapore. This could easily happen to PMETs years down the road, when the world economy evolves. Unfortunately, there is no silver bullet to remedy this situation and some of the possibilities at the moment i.e. upgrading of skills and moving up the value chain, involves more opportunity costs and short to medium term pains,” surmised Ms. Lim.