You are here: Home / Blogs / Tax Havens Won’t Be Safe Havens for Long 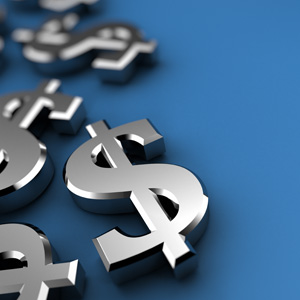 International bodies such as the Organization for Economic Cooperation and Development (OECD) and the Financial Action Task Force (FATF), a Paris-based inter-governmental body, have recently increased their efforts to combat money laundering, terrorist financing and encourage financial disclosures.

The global crackdown on bank secrecy and offshore tax havens is a direct consequence of the worldwide financial crisis of 2008-09. It all started in 2009 when the 30-nation OECD organised a conference in Mexico City aimed at strengthening global curbs on tax havens. Attended by 87 countries, the gathering pledged to implement OECD guidelines on sharing records of suspected tax evaders among themselves.

“Earlier, countries use to closely guard their offshore financial sectors – a high-revenue generating segment of the economy. However, the economic meltdown, which led to the widespread demand of tighter regulations of the banking and financial sectors, changed everything,” commented CBDO, a Singapore Company Registration specialist.

Singapore is also playing its part in curbing the money laundering menace. In a bid to better bilateral financial enforcement cooperation, the city-state last week shared a list of suspected tax evaders and money launderers with India. This comes after the Indian government described Singapore as a “tax haven” in its White Paper on Black Money, released in May 2012. Other OECD and FATF policies are also being discussed between the two governments.

Meanwhile, the Tax Justice Network (TJN), a US-based campaign group, estimated recently that anywhere between $21 – $32 trillion are stashed in offshore tax havens by the world’s wealthy. TJN’s figure is based on data from the World Bank, IMF, the UN, and the central banks of 139 countries.

“According to TJN, about $12 trillion out of this amount is managed by the world’s top 50 banks collectively. The report further says that even though traditional offshore havens like Switzerland and Singapore hold a substantial fraction, much of it is routed through a network of complicated cross-border entities, making it difficult to nab the tax-evaders,” explained Mr. Bakhda.

Rikvin’s analysis also indicates that the efforts of organisations such as OECD, TJN and FATF are reaping results, even if large private banks reject their involvement in tax evasion. While 11 Swiss banks are under a U.S. investigation, the German authorities are investigating Credit Suisse, and the French tax-man is after UBS.

“Rikvin also shares OECD and FATF’s view that self-regulation is the way forward to check the existence of tax-havens. Implementing a seamless information exchange between countries will always be limited in practice due to the complexities involved. Hence, as aptly demonstrated by Singapore, stringent regulations, transparency, seamless flow of information and adherence to OECD standards, are key,” concluded Mr. Bakhda.