Chat With Us
You are here: Home / Blogs / This Could Become the Next Boom Town 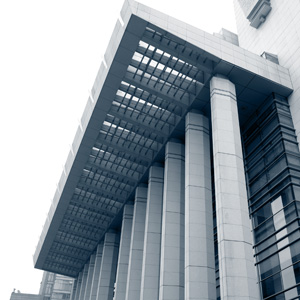 When you were a kid, did you ever look at a map of the world and notice that South America and Africa seem to fit together like two giant jigsaw pieces?

Geologists tell us that this was actually the case… and there are a lot of oil companies betting on the validity of this idea through their investments in Namibia’s nascent oil sector.

The conjecture holds that, if the continents were once part of the same landmass, then the geology of southwest Africa should be similar to the geology of coastal Brazil. And since Brazilian waters are so oil rich, the Namibian coast might be too.

That’s the hope. It was true in Angola, just to the north of Namibia. After a long and bloody civil war, Angola today is a booming, top oil producing nation.

A few of the major oil companies are here in Namibia hedging that this country may be the next big thing. Besides, given how many despots and dictators they usually deal with, Namibia is a veritable paradise for Big Oil.

Initial estimates ballpark the oil reserves off the Namibian coast in the neighborhood of 11 billion barrels. If true, this would put Namibia in the same category as its neighbor Angola– a major producer. But they have to find it first.

While Angola is already producing, oil exploration in Namibia only began in earnest recently. They’ve drilled barely a dozen wells in an area that’s roughly the size of Spain… so there’s quite a bit more exploring to do.

(By way of comparison, over 10,000 wells have been drilled in West Africa…)

Forthcoming results are soon due out from the Kabeljou exploration well; if they hit something, it’s going to be a game changer. If not, they’ll keep drilling.

This Kabeljou well is a joint project owned by BP, Petrobras, and Chariot Oil & Gas. Chariot (LON: CHAR) is one of the smaller players in Namibia, and unlike the big guys which are diversified all over the world, Chariot has an extensive portfolio of almost exclusively Namibian assets.

Its stock price just got hammered yesterday on rumors that Kabeljou is another dry hole. Now, I have not completed my own analysis (I haven’t bought the stock), this is NOT intended to be an investment recommendation. But if you’re a seasoned resource investor, it may be worth a quick look.

After yesterday’s hit, Chariot’s market cap is around $300 million. They have $175 million in the bank with no debt… and whether or not Kabeljou turns out to be a dry hole, Chariot still has a lot more area to cover within its portfolio.

If you’re not an avid investor in volatile resource companies (I’m not either), the potential business and financing opportunities on the ground if/when they do discover the big find are going to be really interesting. This is what I’m really looking into here.

Angola is a great example of what happens when the oil boom comes to town. Any international-quality service business (hotels, restaurants, catering, conference centers, office supply, security, delivery, etc.) tends to do very well. So does real estate, particularly when operated as a high quality rental service.

All of these potential business and investment opportunities put Namibia squarely on the radar; I’m watching it closely, and we can discuss it more as things progress. Depending on how the Kabeljou works out, we could find out very soon.