You are here: Home / Blogs / Trust Me This Time is Different 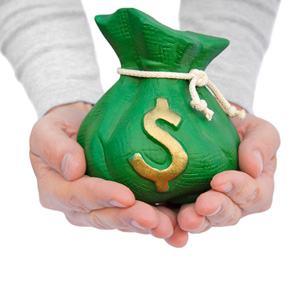 By 1789, a lot of French people were starving. Their economy had long since deteriorated into a weak, pitiful shell. Decades of unsustainable spending had left the French treasury depleted. The currency was being rapidly debased. Food was scarce, and expensive.

Perhaps most famously, though, the French monarchy was dangerously out of touch with reality, historically enshrined with the quip, “Let them eat cake.”

The Bourbon monarchy paid the price for it, eventually losing their heads in a 1793 execution. But it took the French economy decades to finally recover.

Along the way, the government tried an experiment: issuing a form of paper money. It didn’t matter to the French politicians that every previous experiment with paper money in history had been an absolute disaster.

As French Assemblyman M. Matrineau put it in 1790, “Paper money under a despotism is dangerous. It favors corruption. But in a nation constitutionally governed, which itself takes care in the emission of its notes [and] determines their number and use, that danger no longer exists.”

Within a few years, hyperinflation had taken hold in France. A measure of flour that sold for two francs in 1790 was selling for 225 francs by 1795. Everything soared. Carriage hires. Butter. Sugar. Everything.

Naturally, the French government decided to fix this problem by printing even more money, doubling the money supply from 7 to 14 billion units in a six-month period.

When these measures also failed, the French government imposed every control in the book– price controls, capital controls, information controls, people controls. They confiscated lands, they filled the prisons, they waged genocide against their own people.

History shows there are always consequences to entrusting a paper money supply to a tiny handful of men. The French experiment is but one example. Our modern fiat experiment will be another.

Like the French, our politicians think this time is different. Our central bankers think they’re smarter. And they want us to trust them. After all, what could go wrong?

Ben Bernanke, a man who has expanded the Federal Reserve balance sheet by nearly 300% during his tenure as central banker, just wrapped up Congressional testimony downplaying the risks of his own money printing:

It’s also quite interesting that the Federal Reserve Chairman is discussing the ‘stronger’ economy, especially when by the government’s own numbers, US GDP contracted in the 4th quarter of 2012. Meanwhile the price of everything from food to fuel keeps getting higher.

Simultaneously, politicians in the US are racing to avoid imminent ‘sequestration’ budget cuts. They’ve created a problem caused by excess spending, and their solution is to ensure they can keep spending.

The French were in the same boat in the 18th century. During the time of Louis XV, no one could imagine how French society could possibly function if they cut the welfare system or defense budget. So they kept spending… kept going into debt… and kept debasing the currency.

We know what happened next.

The US already must borrow money just to pay interest on the money they’ve already borrowed. The political elite is dangerously out of touch. This time is not different. Assuming otherwise is really dangerous.

This blog was originally posted on Trust me, this time is different…