What is an Annual General Meeting? 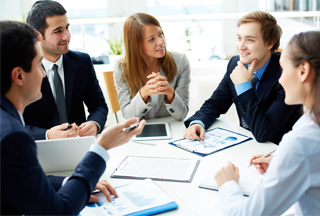 As the term implies, an Annual General Meeting (“AGM”) should be held at least once every calendar year, or 15 months from the date of a company’s previous AGM, whichever is earlier. This is one of the essential ongoing compliance requirements that all companies and foreign branches incorporated in Singapore will have to comply with on an annual basis.

The only exception to the above is for newly incorporated companies, which are required to hold their Annual General Meeting (“AGM”) within 18 months from the date of incorporation. Generally, the holding of a company’s AGM is governed by the Accounting and Corporate Regulatory Authority (“ACRA”), which is the statutory board that oversees the regulation and development of companies in Singapore.

Most importantly, in the event that a company defaults in the requirement to hold its AGM, the company and its officers will be held responsible by ACRA, which may impose composition fines and issue court summonses to the company and its officers. Naturally, the imposition of fines or issuance of court summonses will result in some alarm and anxiety, particularly for directors, who will be charged in their personal capacity and may subsequently be disqualified from acting as a director for other companies. Hence, it would be most prudent for companies to ensure that they comply with this requirement, as it is not worth the hassle, or inconvenience experienced.

How do I go about holding an AGM? 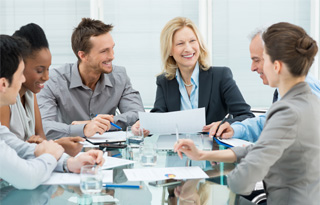 Generally, companies will seek the services of a professional corporate service firm such as Rikvin to prepare the necessary documentation to hold its AGM. The documentation required will be dependent on the following:

Depending on whether the company is using the standard M&AA provided by ACRA, or a customized M&AA suited to its specific needs, there will be clauses within the M&AA that dictate how an AGM should be held. Examples of clauses within the M&AA that may affect the AGM would be the notice period required before holding of an AGM, or the agendas of items for approval that should be discussed during an AGM. The common agendas that are approved or discussed during an AGM include:

There is also a difference between how a company should hold its AGM and what documentation will be prepared when the composition of its shareholders are different, i.e.

Generally speaking, for companies that have corporate shareholders, as is the case with scenarios (a) and (c) above, the corporate shareholder would have to appoint a corporate representative to sign documents on behalf of the company. This requires additional documentation that can be prepared by your professional corporate services provider.

For individual shareholders, most M&AAs allow them to appoint proxies to attend on their behalf, in the event that they are unable to attend the AGM at the given date, time and venue. Presently, there is currently no restriction under the Companies’ Act that requires a company to hold its AGM outside Singapore, to cater to the many foreign investors and corporations that chose to incorporate entities in Singapore.

When should I start preparing for my AGM?

As described above, there are certain agendas to be approved at an AGM. In particular, the approval of a company’s accounts will require prior preparation on the part of the company, especially if it does not fall under the category of an exempt private limited company and has to liaise with auditors to prepare audited accounts. To learn more about how to determine if your company is exempt, read Rikvin’s guide on exempt private limited companies.

Given that the Companies’ Act requires directors to approve audited accounts at least 14 days before the date of the AGM, a company will have to estimate the time required for the audit to be completed and ensure that there is adequate time between the finalization of the accounts and the date of the AGM.

For companies with FYE ending on and after 31 August 2018

Unless a company has had very few business activities and minimal transactions throughout the year, the necessity for multiple parties to work together to coordinate and ensure that the accounts are completed in a timely manner may result in unforeseen delays, especially if directors are located overseas (as the directors’ report and accounts have to be sent overseas for signing), or if there are corporate transactions that have not been properly documented.

Once the audited or unaudited accounts of a company are completed, the company will also need to cater some buffer time to prepare its accounts in XBRL (eXtensible business reporting language) format. With effect from 3 March 2014, ACRA has mandated that private limited companies and public companies limited by shares should prepare and submit their financial statements in full XBRL format when they submit their Annual Returns, with the exception of small or dormant EPCs, which can submit their accounts in partial XBRL format. For companies that are unfamiliar with the software to prepare XBRL, it is highly recommended that they seek the services of a professional firm such as Rikvin, to do so. To find out more about Rikvin’s XBRL services, click here.

How do I notify ACRA that I have complied and held my AGM?

A company notifies ACRA that it has held its AGM through an electronic submission known as the Annual Return through ACRA’s electronic portal known as Bizfile. Apart from notifying ACRA of the date that its AGM was held, a company will also be required to verify the following information when it files its Annual Return:

To access Bizfile, one would need to have a valid SingPass and be a director or officer of the Company. The submission of a company’s Annual Returns is also a service that professional corporate service firms such as Rikvin will provide, as part of the entire process of assisting a company with its AGM.

A company’s Annual Returns should be submitted electronically to ACRA via Bizfile within one month from the date that the company has held its AGM. Failing which, the following penalties will be imposed:

While the penalty imposed by ACRA is subject to a maximum cap of S$350.00, companies should not be complacent and delay the submission of an Annual Return unnecessarily. In the case where a company persistently defaults, ACRA will then follow up with the issuance of court summonses to the company and its officers (which include the directors and the company secretary). ACRA is particularly stringent on this requirement and it was estimated that approximately 10,000 summonses are issued annually to errant directors who have failed to ensure that the Annual Return of their companies have been filed within the stipulated deadline.

Is there any appeal that I can make, if my company cannot hold its AGM in time? 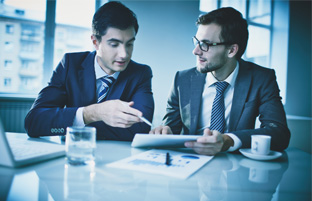 In the event that your company is unable to meet the deadline to hold its AGM, it is possible to apply for an extension of time with ACRA. Do note that there are two separate extensions to apply for, under Section 175 and Section 201 of the Companies’ Act, respectively. Depending on the circumstances, your company may only need to make an application under one Section.

It is important to note that some submissions made by companies, such as the application for an extension of time to hold an AGM and Annual Returns, will be made available for purchase by the public. This allows potential investors and joint venture partners to gain a better understanding of a company’s financial standing before deciding to invest or work together. Hence, if a company does allow itself to lapse or default on these requirements, it has to be prepared that its stakeholders, potential investors, and competitors may have this information at hand, which is potentially to the detriment of the company.

We are experts when it comes to Singapore's company laws and regulations. Thousands of companies rely on us to fulfil their annual compliance requirements.