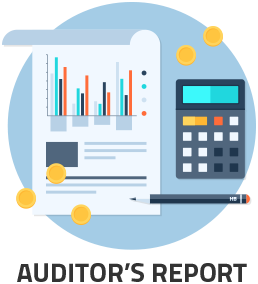 As mentioned in our previous guides on the Director’s Report and the Roles and Responsibilities of Company Directors – a director of a company in Singapore will have to undertake the responsibility of ensuring that a company’s accounts are prepared in accordance with the Singapore Financial Reporting Standards (“SFRS”) and contains all the necessary elements that are stipulated under the Companies’ Act. In this article, we provide a comprehensive analysis of the Auditors’ Report and provide guidance to directors who are unfamiliar with this portion of a company’s accounts. However, this article is only a guide and may not address the specific unique issues that your company may have. Hence, it is still advisable to seek professional advice, when in doubt.

Do my accounts need to be audited?

Many entities, such as large, public companies are required by law to have their accounts audited by a professional auditing firm. However, not all companies incorporated in Singapore require an auditors’ report for the company’s accounts.

Under the Companies Act, certain companies in Singapore are exempt from being required to have their accounts audited if they satisfy the following conditions:

Companies which do not meet the aforementioned criteria are required to appoint an independent auditor within their first three months of incorporation in Singapore. At the completion of each company’s fiscal year, the company will then need to submit their audited accounts to the Accounting and Corporate Regulatory Authority (“ACRA”) on an annual basis.

Do note that even if companies are exempt from submitting unaudited reports, they must still submit a Directors’ Report, which is explained in detail here.

What is an Auditors’ Report?

An Auditors’ Report is a requirement under Section 207 of the Companies’ Act and will state the following:- 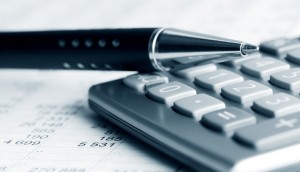 It is mandatory that the auditors’ report is attached to, or forms part of a company’s audited accounts (also known as audit report or financial statements) and will be submitted together with the audited accounts to ACRA, as part of its Annual Returns. For companies in need of consultation for such services, Rikvin works closely with various audit partners who are able to assist companies in preparing their accounts.

What are the elements of an Auditors’ Report?

What should I look out for in an Auditors’ Report? 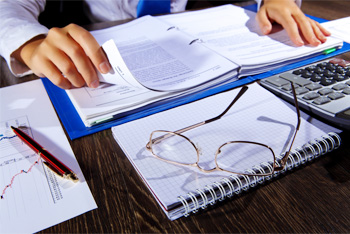 Naturally, dependent on your company’s specific circumstances, an Auditors’ Report will differ in substance. For those who are completely unfamiliar with accounts, the most important thing to note is whether the auditors’ opinion is qualified or unqualified.

Generally speaking, an unqualified report is one in which the auditors have concluded that the financial statements of your company’s business present a true and fair view of the company’s affairs; and the auditor is satisfied with the accounting principles and estimates used by management. This should not be confused with how well a company is performing. An unqualified report only indicates that the company’s report is compliant with the SFRS and there are no issues of transparency or compliance that the auditor wishes to highlight.

On the other hand, an Auditors’ Report may be qualified for several reasons, as follows:-

More often than not, these issues can be ironed out with the auditors, particularly when a company is able to retrieve and produce all the necessary information and the audit commences early, instead of being rushed on an expedited basis. Given that an Auditors’ Report will be submitted annually as part of the company’s Annual Return, companies should take note of when it should instruct its auditors to commence the audit, to ensure that everything is completed on a timely basis. With its established network, Rikvin works closely with various audit partners and is able to liaise with them regularly regarding a company’s audit matters.

In the worst case scenario, the auditors may issue an adverse opinion or an emphasis of matter. An adverse opinion is fairly uncommon and occurs only in situations where the auditor perceives that there are issues that have resulted is a misrepresentation of the company’s financial position.  An emphasis of matter typically indicates that the auditor has a strong concern to highlight, such as the company’s insolvency.

How can an Auditors’ Report impact the company? 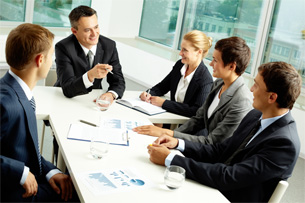 As explained in our article on the Director’s Report, directors are held responsible for the entire set of accounts of the company. Hence, in situations where the auditor expresses a qualified or adverse opinion on the accounts, the directors will be held responsible by ACRA.

ACRA has published a Practice Direction for directors with regards to the director’s duties in relation to financial reporting, which notes that under ACRA’s Financial Reporting Surveillance Programme (“FRSP”) established since 2011, ACRA will impose sanctions on directors when a financial reporting breach is detected. In particular, ACRA will scrutinise and prioritise financial statements that have qualified audit opinions and any emphasis of matter.

In the case where ACRA deems an investigation is necessary, it will send a formal enquiry letter to each individual director who authorised the financial statements, which will request for more explanations, supporting documents and other records, as deemed necessary. This has to be provided to ACRA within two to three weeks from the date of the enquiry letters. Subsequently, sanctions may be imposed upon the directors in the form of an advisory letter, warning letter, a fine, or prosecution leading to fines and/or imprisonment.

Another important thing to note is that the Auditors’ Report, together with the Director’s Report and the rest of the accounts, is retained by ACRA and is publicly available for purchase. Hence, potential business partners, suppliers, customers and investors can purchase this from ACRA. The company will not be notified when a purchase is made. Especially in situations where an investor or business partner wishes to come on board, it is essential that the company has an unqualified report that represents that its practices and internal controls are sound and transparent. Otherwise, the company may find that it may have to invest further in fixing its existing issues, resolving issues with management, forensic accounting or an extensive due diligence exercise.

What is the difference between a Director’s Report or an Auditor’s Report? 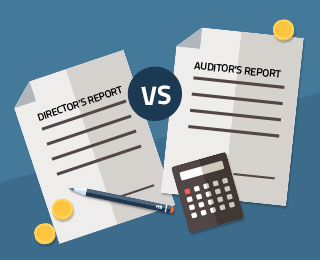 Can Rikvin assist me with drafting of an Auditor’s Report?

Rikvin has an established network of specialized auditors who we partner with to provide audited reports. If your accounts require auditing, we will liaise with the auditors to ensure the auditor’s report meets the requisite requirements to be submitted with the director’s report.

Get your Auditor's Report drafted with the help of experts

Rikvin has a team of experienced and professionally-accredited audit partners who can assist you with the drafting of your Auditor's Report.