You are here: Home / Country Reports / Ease of Doing Business: Singapore vs Malaysia

As neighbouring growth economies strategically located in the heart of Southeast Asia, Singapore and Malaysia have often competed with one another to attract business and investment. Certainly, when it comes to deciding where you should set up your business, Singapore and Malaysia each have their own distinctive strengths, which could potentially be beneficial, depending on your industry and business activities.

Given that both countries’ legal systems are both generally based on the English Common Law System, the requirements to set up a company are largely the same. Global competitiveness wise, both countries are investor-friendly with good facilities and infrastructure in place, with Singapore ranking 1st globally, while Malaysia had a global rank of 27th in the annual Global Competitiveness Report 2019 released by the World Economic Forum. 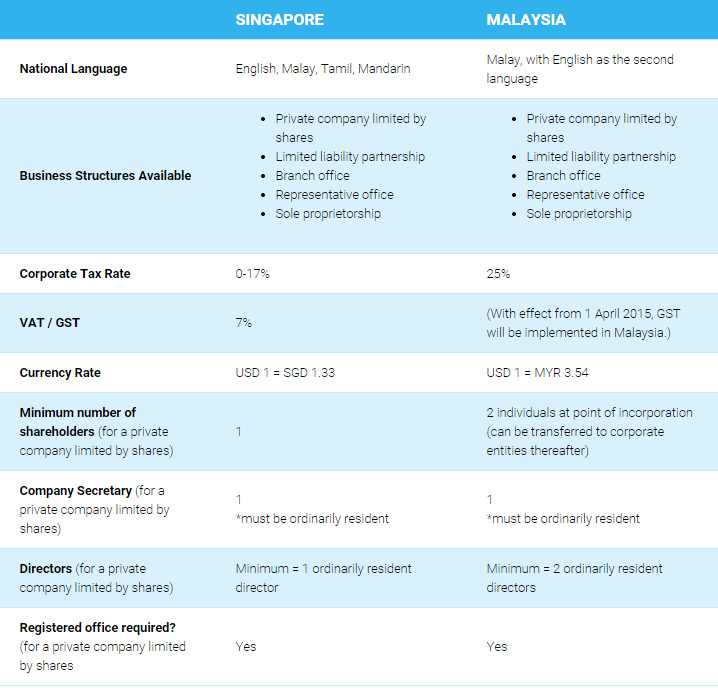 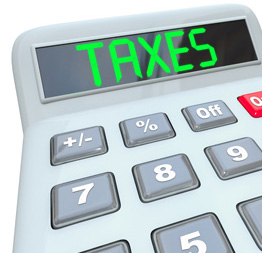 Granted, one of the foremost concerns of investors is a corporate tax and personal tax. With regards to personal tax, both Singapore and Malaysia use a progressive tax system, where the percentage of tax payable increases with chargeable income.

Chargeable income would include income earned or derived from Singapore or Malaysia. Particularly in Malaysia, chargeable income also includes income received from outside Malaysia, within the year of assessment. Singapore on the other hand, is extremely tax friendly and does not impose tax on specific overseas income, even if it is credited to a Singapore bank account.

A comparative table of the different tax rates is below: 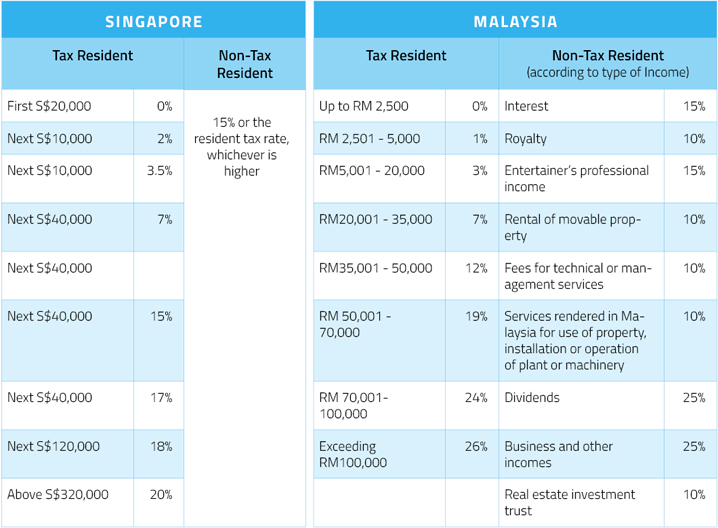 For non-residents in Singapore, the tax rate stated in the table above is applicable only for employment income. Non-resident director fees, consultant fees and all other sources of income will be taxable at 20%.

Note: Information from the table above adapted from the Inland Revenue Authority of Singapore and Kehakiman, Malaysia Government 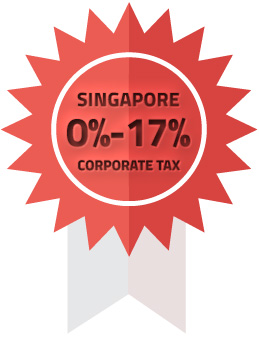 It should be noted that the Malaysian government has announced its intention to reduce the tax rates in Malaysia, with effect from the year of assessment 2016. After the revision, the corporate tax in Malaysia will be 17% for the first RM 500,000 and 24% in excess of RM 500,000. However, this revised tax rate would only be applicable to resident companies in Malaysia.

For non-resident companies, their corporate taxes would differ as follows:

In addition, both countries also have double taxation avoidance agreements with various other countries, which will allow you and your company to avoid being taxed twice, particularly if there are affiliated companies overseas.

Another important factor to be considered would be the language barrier and quality of the work force. Singapore’s average literacy rate is 97% and most of its citizens are effectively bilingual, with the main language spoken being English. 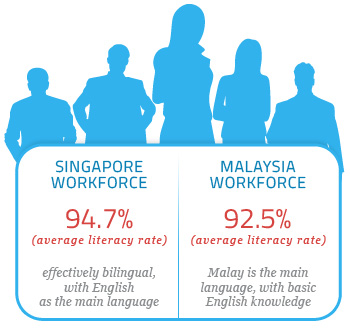 Malaysia similarly has a high literacy rate of 97% and its citizens mostly speak Malay, with most of them having a basic knowledge of English. Malaysia also has a far larger population of 30.72 million, as compared to Singapore’s approximate 5.5 million.

Hence, a new startup business could arguably benefit from the larger pool of talent in Malaysia, while investors may find it easier to converse with Singapore citizens, whose main language of communication is English.

One consideration that potential investors may note is that businesses that have an Islamic focus or intend to deal with the nearby Malay speaking countries such as Indonesia and Brunei (as citizens of both countries speak a variant of Malay), may find it more beneficial to set up a company in Malaysia, as local employees would be able to converse easily with their peers in these countries.
Likewise, as Singapore’s population is highly diverse and eclectic, investors can take advantage of the abundance of cultural and commercial ties the country has to neighbor economies such as Indonesia, India, China, Taiwan, as well as the country’s strong economic and political ties with the West.

Notably, both countries scored high in the Human Development Index, with Malaysia ranking at 57 and Singapore ranking at 9 globally. Factors surveyed for the Human Development Index included health, education, inequality, poverty, human security, employment and vulnerability, trade and financial flows, mobility and communication and environment. Understandably, as Singapore has few natural resources, focusing on human development is one of its strengths and an important priority.

Moreover, given its small size, security, mobile and communication and education of its citizens is far easier to manage than a larger country such as Malaysia, where certain facilities and amenities may not be as readily available away from the economic centers.

Singapore is a very small island and city-state, with a total land area of approximately 721.5 square kilometers, which makes it one of the smallest countries in the world.

Comparatively, Malaysia is approximately 464 times bigger, with a total land area of 330,803 square kilometers, divided into thirteen states. Naturally then, Malaysia as a country is much richer in terms of its natural resources with huge biodiversity and has a strong presence in the crude oil, natural gas, tin, timber, palm oil, and rubber industries.

However, Singapore’s small land area is also a unique strength in its own right, as the country has been able to rapidly urbanise and the city-state is extremely accessible, with public transport infrastructure and various facilities well placed throughout the city-state. In addition, internet and wireless services are readily available. Indeed, Singapore’s top ranking for the ninth consecutive year in the World Bank’s annual survey on the Ease of Doing Business mainly stems from the ease with which entrepreneurs have been able to get things done. 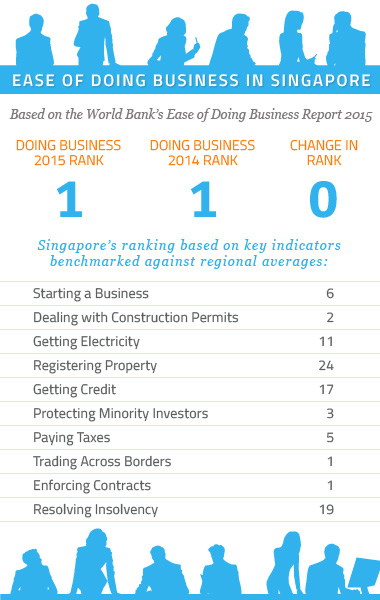 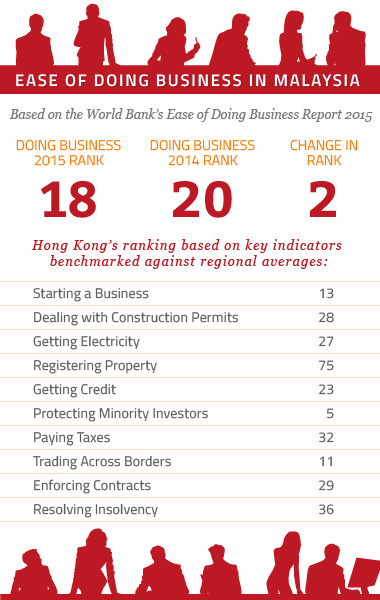 Information from the above table extracted from http://www.doingbusiness.org/rankings

One of the main concerns that foreign investors have about countries in the Southeast Asian region is the extent of corruption. Relative to their peers in the region, Singapore scored remarkably well; with 85 out of 100 while Malaysia scoring 47 out of 100 in a global survey conducted by Transparency International . It should be noted that the same survey pointed out that Singapore has a lower rank in the Press Freedom Index 2020, ranking at 158, while Malaysia ranked at a moderately higher 101.

Relatively speaking, bureaucracy is a more significant hurdle in Malaysia. According to the Global Competitiveness Report, inefficient civil servants and corruption were quoted as the main difficulties of doing business in Malaysia. In contrast, Singapore was ranked as the first country globally, for its sound political infrastructure and transparency in policy-making procedures, in the same survey.

One key factor for companies who are in the technology industry to consider is also the International Property Rights Index, which studies and compiles data on the physical and intellectual property rights amongst countries. Notably, Singapore obtained a respectable rank of five globally, tied with Switzerland, while Malaysia ranked at 27, tying with the Czech Republic and Israel. For a comparative gauge, the United States ranked at 17, while Hong Kong ranked at 11 in the same survey.

In a nutshell, while Malaysia is rich is natural resources and may have a more diverse pool of human capital for potential investors to tap on, Singapore’s policies and business environment are more investor-friendly and transparent. Moreover, for companies who do eventually envision bringing their employees and their families over, Singapore has been recognized as one of the safest in the world and has a very good quality of life, ranked second only to Hong Kong, in the Asia Pacific region.

Nevertheless, given the unique strengths and features of each country, it may be difficult to decide whether to commit to incorporating your company in Singapore or Malaysia. If you have additional queries or wish to know more industry-specific benefits for your business, call us for a personalised consultation.

Ready to incorporate a Singapore company?