You are here: Home / Country Reports / Doing Business in Hong Kong vs Singapore: A Comparative Report

Recognised early on by financial analysts as rising stars in the Asian region, Hong Kong and Singapore have been largely successful in attracting foreign investment opportunities, with open government policies, good infrastructure and competitive tax rates. Depending on your company’s needs and the nature of your business, there would be different factors that you may wish to consider. In this article, we examine the key considerations of tax obligations, facilities and infrastructure, overall political climate, workforce and pro-business advantages that will be essential knowledge for potential investors.

What are tax obligations in Singapore and Hong Kong?

A tax obligation is the total amount of tax debt owed by an individual, corporation or other entity to a taxing authority. It is the total amount of tax you’re responsible for paying to the taxman. With regards to tax, both countries offer relatively low tax rates for corporations and individuals. Singapore’s progressive personal tax rate system starts at a mere 2% and progresses upwards to 22% in excess to the highest income tier of SGD$320,000 per annum. The first S$20,000 is exempt from tax and there are many tax reliefs that can be applied for. For example, with the NOR scheme (Not Ordinarily Resident Scheme), an individual who travels frequently need only pay tax in proportion with the length of time spent in Singapore during the year of assessment. Comparatively, Hong Kong’s personal income tax system is also progressive and starts at 2%, going up to 17% for income above HKD 200,000, which is imposed only on income from employment, office or pension of individuals arising in or derived from Hong Kong. If you are unfamiliar with either country’s tax system, it may be wise to consult a professional tax agent to get advice on how one can compute your chargeable income correctly or apply for the relevant tax reliefs.

To support entrepreneurs grow, Singapore’s government has implemented a special scheme for newly incorporated companies, to encourage the spirit of entrepreneurship. Under this scheme, a newly incorporated company that meets the qualifying conditions can claim for full tax exemption on its first S$100,000 of chargeable income for each of its first three consecutive years of assessment. 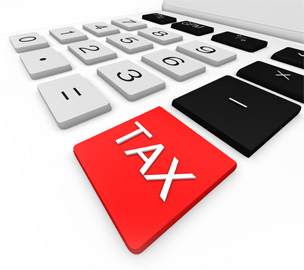 A further 50% exemption is given on the next S$100,000 of chargeable income for each of the first three consecutive years of assessment.

Both countries do not tax on capital gains or dividends and do not distinguish between foreign and local company for tax purposes.

Singapore and Hong Kong also have very established ports and airports, both of which compete regularly with other Asian countries for business. Notably, at the 15th Supply Chain Awards Asia 2016 held on 17 November 2016, Singapore established itself as frontrunners in Asia, with Singapore sweeping up awards for the Air Cargo Terminal Of The Year, Container Terminal Operator of the Year Award and Carrier of the Year.

In the World Bank’s annual survey aptly named Doing Business 2020, which benchmarked 190 economies against each other in terms of the basic requirements to set up a business, such as getting electricity, land registry, paying taxes, trading across borders, resolving insolvency etc., Singapore and Hong Kong were ranked No. 2 and No. 3, respectively.

While Singapore and Hong Kong rank closely in terms of most aspects, the largest difference would be the average time required for the registration of property, taking approximately 24 days for Singapore and 92 days for Hong Kong. Hence, if your intended business involves the acquisition of various properties, Singapore may be the better choice.

Of course, in terms of technology advancement and accessibility to internet and Wi-fi, both Singapore and Hong Kong are highly advanced, partially due to the fact that they both have relatively small land masses of 697 km2 and 1,104 km2, respectively. In fact, in the Global Competitiveness Report 2019, Singapore ranked first globally for infrastructure, followed closely by Hong Kong in third place. Comparatively, other countries such as Germany and the United Kingdom ranked at 8th and 11th place respectively.

Certainly, as Hong Kong has a much larger land area, it also boasts a larger population of 7.4 million as compared to Singapore’s 5.7 million. Hence, in terms of human capital and resource, Hong Kong may have more potential employees for a new business to employ. On the other hand, however, Singapore’s population density per square kilometre is much lower, at an estimated 7,804 persons per square kilometre, as compared to Hong Kong’s 7,075 persons per square kilometre, as Hong Kong has a larger percentage of undevelopable land, such as woodlands and nature reserves, which Singapore lacks . Therefore, businesses may find that Singapore on a whole is more accessible, with more “breathing room” as compared to Hong Kong.
Related Article: Infographic on doing business in Hongkong vs Singapore

Language-wise, English is the primary national language of Singapore, while most business associates that you will speak to in Hong Kong are very fluent in English. As the main languages of Hong Kong are Cantonese and Mandarin, its workforce is very comfortable conversing with nearby countries such as Taiwan and China. Besides English, Singapore has three other main languages, namely Chinese, Malay and Tamil, as it has cultural diversity. Most of its people are effectively bilingual and can also easily reach out and speak to their peers overseas.

Employment costs are generally higher in Hong Kong when compared against most of Southeast Asia. As part of its culture that prioritise education above all, Singapore does have a generally higher proportion of highly educated and well-trained workers, ranking second in the world.

Notably, the governments of both Singapore and Hong Kong prioritise economic growth highly and both countries have been ranked favourably in The Global Competitiveness Report

In terms of business structures available, both countries allow for investors to choose from the following options:

Both Singapore and Hong Kong have very reliable judicial systems that do not hide behind complex jargon, with a number of channels, some electronic, to assist businesses in settling their disputes quickly, in a cost-effective manner. The legal system of both countries is heavily influenced by the Common Law of the British legal system and legal support is generally easily obtained.

Related Read:  How Hong Kong businesses can set up an SG company in an hour

Ready to start a company in Singapore and/or Hong Kong?

An hour is all we need. Coupled with transparent, highly-competitive pricing and timely, committed support, your company registration is made easy.