Doing Business in India via Singapore 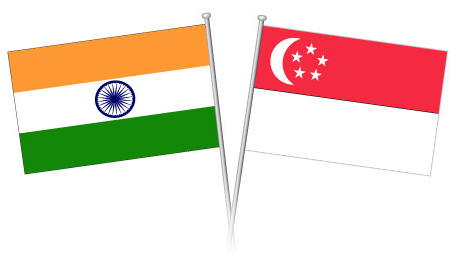 If you need any more proof why incorporating a company in Singapore even if India is your target market (taking into account that World Bank year-after-year affirmation that the city-state is the best place in the world in ease of doing business), consider this: Flipkart, India’s largest online retailer, and InMobi, its largest mobile advertising network, are both registered in Singapore.

But this is not all. Encouraged by the Singapore Government’s liberal foreign direct investment policies, business-friendly corporate tax policies, tax exemptions on foreign-sourced incomes and first-world infrastructure, more and more India companies are making Singapore their incorporation destination.

In recent years, Crayon Data, a data analytic company, Zipdial, a marketing solution provider, Knowlarity, a cloud telephony provider, as well as Mobikon, a customer engagement firm, have all made Singapore their natural home. 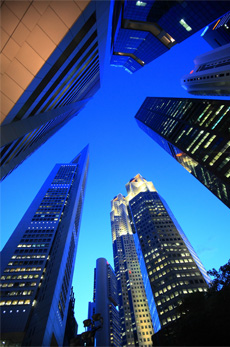 With a change in government in India, led by a corporate-friendly Prime Minister, Indian entrepreneurs are finding it attractive to start a business in Singapore where funding and mentorship is readily available, and when the prototype is successful, take their product and services to the Indian mass market.

While some entrepreneurs such as Go!Places have incubated their ventures in the city-state, others have secured funding from either private venture capitalists or the Singapore Government itself.

While Earngo, a data crowd-sourcing company is incubated at the Singapore Management University’s Institute of Innovation and Entrepreneurship, Scrollback, an instant messaging product is incubated at Joyful Frog. Interestingly, Joyful Frog Digital Incubator of Singapore has 12 companies from India out of the total 50 it has helped incubate.

Particularly in the fields of Information Technology, gaming, social media and mobile applications, Singapore is proving to be an ideal test-bed for Indian companies due to its more tech-savvy population.

Knolskape – an education software making company which stimulates management lessons for corporate entities, Zipdial and Wotabout are other such examples. 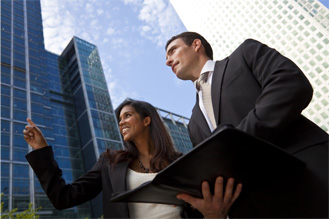 Singapore is currently India’s largest foreign direct investment (FDI) source, with an inflow of US$5.98 million in 2013. This is almost a quarter of the total FDI India received in 2013, according to India’s Department of Industrial Policy and Promotion (DIPP). In all, since 2000, money flow from the city-state to India has exceeded US$26 billion.

Moreover, India has, to date, surpassed China in its FDI outflow to Singapore. Indian companies have invested almost US$25 billion in Singapore as compared to China’s US$14.2 billion only.

A business-friendly ecosystem, and availability of easier financing and refinancing schemes, has enabled Singapore to attract close to 6,000 Indian companies till date to its shores. Market analysts argue that this is due to India’s rising economic might, where Indian companies see Singapore as a platform to set up holding companies for venturing into the region in particular, and the world in general.

The two countries had earlier signed an agreement on the avoidance of double taxation (DTA) and prevention of fiscal evasion with respect to taxes on income on 24 January 1994. This legal agreement formed the basis of CECA in 2005. Later, a second protocol amending the said agreement came into force from 1 September 2011.

According to the amendment, a resident of either Singapore or India who is deemed to be a shell/conduit company is not eligible for benefits under the DTA.

For a resident to be deemed not a shell/conduit company, the amendment states two conditions: it must be listed on a recognised stock exchange in either countries; or its total annual expenditure on operations is equal to or more than – SS$200,000 if the resident is in Singapore, or 50,00,000 Indian rupees if it is in India.

This expenditure must be in the immediately preceding period of 24 months from the date the gains arise.

Additionally, the CECA mandates that Singapore based exporters in key sectors of electrical, electronics, instrumentation, pharmaceuticals, and plastics enjoy tariff elimination, or 75% reduction, in exports to India. CECA provides advance rulings on the eligibility of originating goods for preferential tariffs and tariff concession. This provides greater certainty on the status of goods at the country of import.

In 2008, an additional list of tariff concessions was released for base metal, machinery and mechanical appliances, chemicals, rubber, and textile articles. The margin of preference (MOP) offered by India to Singapore on specific products, is calculated on the most favoured nation (MFN) import duty applicable on the date of import.

The five features of corporate taxation that continually attracts Indian businesses and investors to set up bases in the city-state include low corporate taxes, productivity and innovation credit claims, extensive network of tax treaties, absence of capital gains tax, and no thin capitalisation or controlled foreign corporation regime.

Advantages of Incorporating a Singapore Company

So what is attractive to these market leaders that they are either shifting base to Singapore or better still, incorporating a Singapore holding company even if their target market is India?

Dividends distributed by the Indian Subsidiary to the Singapore Holding is not subjected to withholding tax in India. But India does levy a dividend distribution tax at 16.22%.

If qualifying conditions are met, the dividend received from the Indian Subsidiary can be exempted from tax under Singapore’s foreign-sourced income exemption scheme. This exemption apply only when the headline corporate tax rate in the foreign country from which the income (which is India in this case) is received is at least 15%, and the income had already been subjected to tax in that particular country.

According to the DTA, the interest income is taxed at a rate of 15% in the country in which the income arises. A similar tax may be levied in the recipient country as well.

Taxation on Royalties and Fees for Technical Services

Similar provision to the tax on interest income, though the rate is fixed at 10% only.

If India sourced income of a Singapore company is subjected to taxation twice (once in India and then again in Singapore on remittance), then the Singapore company can claim relief under the Foreign Tax Credit (FTC) scheme, which allows the company to claim a credit for the tax paid in India against the Singapore tax that is payable on the same income. The claim is called Double Tax Relief (DTR).

Moreover, under the Singapore Government’s Start-up Tax Exemption (SUTE) scheme, newly-incorporated qualifying companies in Singapore are given tax exemptions of up to 100% on normal chargeable income of up to S$300,000 for each of the first three consecutive years of its operation.

Other benefits such as the Corporate Tax Rebate scheme, no tax on dividends, tax exemption on foreign-sourced income, and the Foreign Tax Credit (FTC) pooling system, are added advantages.

Especially, the FTC Pooling system is noteworthy, which the Singapore Government introduced in 2011. This scheme while simplifying tax compliance has reduce the tax payable on foreign-sourced income for Singapore companies. To qualify for FTC Polling, the headline corporate tax rate in the foreign country from which the income is received (which in this case is India) must be at least 15% (which it is), and the income must already been subjected to tax in that particular country.

It is worth noting that the Double Tax Treaty with Singapore incorporates a Limitation of Benefit (“LoB”) clause which is considered to strengthen the requirement for substance at Singaporean entities to qualify for Treaty benefits.

FDI inflows from Mauritius have started drying up on fears of the impact of General Anti Avoidance Rules (GAAR) and possible re-negotiation of the tax avoidance treaty.

The Indian GAAR aiming to control tax avoidance by investors routing their funds through tax havens, is expected to come into effect from 1st of April 2016.

Form a company in Singapore with speed, ease and value

An hour is all we need. Coupled with transparent, highly-competitive pricing and timely, committed support, your company registration is made easy.