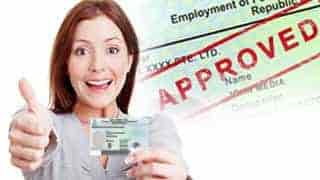 The report provides an overview of Singapore permanent resident (PR) and naturalization activity between 2008 and 2012 and is based on figures from the National Population and Talent Division (NPTD), SingStat and the Immigration and Checkpoints Authority (ICA). The report also shares a number of factors which affect a PR application and the avenues which can be pursued to achieve this status.

The main findings of the report are as follows: 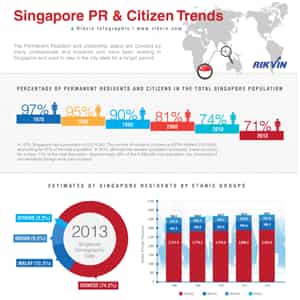 Commenting on the report, Mr. Satish Bakhda, Chief Operating Officer at Rikvin said, “The report aims to shed some light on the citizenship and PR trends over this 5-year period. This data will also help us understand why the government plans to grant PR status to 30,000 eligible candidates and 15,000 – 25,000 citizenships annually.”

Having either PR or citizenship status comes with benefits including access to public housing, quality education and healthcare services at subsidized rates. PRs and citizens also benefit from CPF savings as well as a range of personal tax reliefs and rebates. However, attaining either status is dependent on a number of factors.

“Over the years, we’ve seen a good success rate in PR applications among our clients and have noticed certain features that make them so. As such, we’ve shared them in the report so that aspirants can boost their chances at becoming Singapore permanent residents,” added Mr. Bakhda.

To read the full report and see the related infographic, please click here.