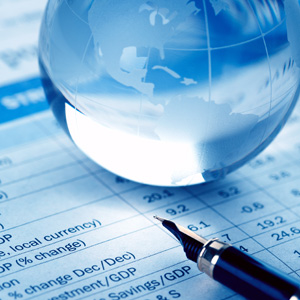 As 2012 comes to a close, the report aims to help prospective investors and entrepreneurs make informed decisions for the coming year based on a sound understanding of tax features in key economies in the Asia Pacific region. To that end, the report focuses on comparing the headline tax rates of APEC member countries in the region namely, Australia, China, Malaysia, Hong Kong, Indonesia, New Zealand, Japan and Singapore. For ease of understanding, the information in the guide has been divided according to jurisdictions.

Among said economies, Japan has the highest effective rate i.e. 38.01% while Hong Kong’s headline corporate tax rate is the lowest (16.5%). However, Singapore’s effective corporate tax rate is the most competitive due to the partial exemption scheme it offers to startups. For instance, a newly-incorporated Singapore company with a chargeable income of S$300,000 will have an effective tax rate of 8.36% only, which is less than half of the headline tax rate.

Singapore is attractive not only in terms of its effective tax rate but also in terms of political stability, the strength of its currency, economic strength and infrastructural prowess. – Mr. Satish Bakhda

Commenting further, Mr. Satish Bakhda, Head of Operations at Rikvin said, “Singapore is attractive not only in terms of its effective tax rate but also in terms of political stability, the strength of its currency, economic strength and infrastructural prowess. It is only natural that Singapore invariably gets top ranking in several of the economic surveys that gauge the enterprise environment in the region.”

The report also illustrates that many Asia Pacific economies are focused on maintaining an enterprise-friendly tax regime amid economic uncertainty. Countries such as Korea, Malaysia, Indonesia and Singapore are keen on stimulating growth at the entrepreneurial level and have rolled out measures to reduce tax burden on young enterprises.

“Amid the prevailing global uncertainty, Asia Pacific holds a lot of traction for investors and corporations. Asia Pacific is growing in importance and tax is an important consideration. Therefore corporations and entrepreneurs need to familiarize themselves with the prevailing tax landscape in order to make informed decision,” affirmed Mr. Bakhda.

The guide may be viewed at: https://www.rikvin.com/taxation/asia-pacific-tax-guide/.