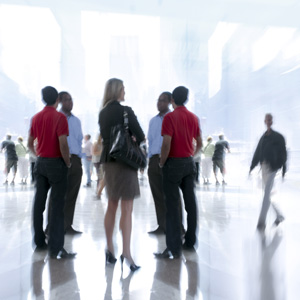 According to Japan’s Trade Ministry, the country’s unemployment rate has risen to 4.6% in April from 4.5% in March, as retail spending has fallen by 0.3% in March. While the rise in unemployment is not drastic from month to month, statistical data from the Labor Ministry of Japan shows that the ratio of available jobs in Japan have not caught up with the demand by job seekers. The jobs-to-applicants ratio has increased by only 0.03 from March to 0.79 in April, i.e. 79 job positions for every 100 job seekers. Furthermore, this represents the highest level of jobs-to-applicants ratio since October 2008.

Additionally, economists have expressed concerns regarding Japan’s unemployment trend and expect it to stay at 4.5% this year. According to Azusa Kato, an economist at BNP Paribas Tokyo, the employment data suggested a widening mismatch between jobs and geographic areas. Masamichi Adachi, senior economist at JPMorgan Securities Tokyo added that strong employment growth cannot be maintained due to recent economic indicators and a deterioration in financial markets.

Analysis by Rikvin shows that although reconstruction projects in the disaster-struck north have induced a higher demand and higher salaries for construction workers, employment continues to bleed as Japanese manufacturers Sony, Renesas Electronics and NEC each announce job cuts of over 10,000 jobs.

In light of this outlook, Singapore Company Registration specialist Rikvin is confident that highly-skilled Japanese professionals are in good stead to benefit from relocation to Singapore via the Singapore employment pass.

“Singapore’s unemployment rate as of March 2012 was 2.1%. Furthermore, as Singapore enforces stricter immigration policies with regards to lower-skilled labor, it still maintains an open-door policy to highly-skilled workers who can complement its core Singaporean workforce. High-skilled Japanese professionals are in good stead to tap this opportunity should they wish to,” said Mr. Satish Bakhda, Head of Rikvin’s Operations.

Furthermore, according to the latest published data from the Japan External Trade Organization (JETRO) shows that there are over 24,500 Japanese residents and 1000 Japanese companies in Singapore.

Analysis by Rikvin shows that in addition to the latest statistical data and Aon Hewitt’s recent ranking of Singapore as having the lowest talent risk in Asia Pacific, the World Economic Forum’s Global Competitiveness Report 2011 – 2012 has ranked Singapore as the fifth economy in the world for the most business conducive labor regulations and second most efficient labor market out of 142 economies.

According to the report, one of Singapore’s shining qualities is its pay and productivity framework which rewards productivity commensurately with salary. This means that highly-skilled workers are paid their worth in Singapore.

Other top qualities include low brain drain (i.e. high ability to retain and attract talented people and offer opportunities to talented people within the country) as well as good hiring and firing practices and cooperation in labor-employer relations – both of which are ranked second after Switzerland and Denmark respectively.

“Consumer behavior is intimately connected to business activity and vice versa. When businesses are not doing well, they cannot justify retaining talent and this in turn has a cyclical effect of hurting business activity as consumers’ spending power are directly hit. At the same time, capital goes where it is wanted and this includes human capital. Singapore’s ability to attract various types of capital will bode well for Japanese professionals looking for an alternative work location and robust business environment,” added Mr. Bakhda.