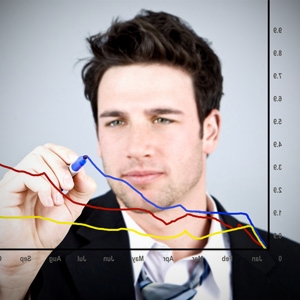 According to Singapore’s Ministry of Trade and Industry as well as its central bank, the Monetary Authority of Singapore (MAS), Singapore’s consumer price index (CPI) has risen to 5.3% year-on-year (y-o-y) in June, up from 5% in May.

Rising accommodation and private road transport costs were cited as primary contributors to the rise. Accommodation costs have jumped by 10.8% y-o-y, contributing 2.2% points to June’s CPI. This is due to the higher cost of minor repairs and maintenance in the absence of government rebates such charges this year. Additionally, imputed rentals on owner-occupied accommodation continued to contribute 1.6% points to the CPI.

Private road transport costs increased at 9.7% in June due to a sharp increase in vehicle’s certificate of entitlement (COE) premiums.

Meanwhile, prices of other major CPI categories showed a downward trend. Services inflation edged down from 2.9% in May to 2.8% in June, while food inflation moderated from 2.5% to 2.3% over the same period. Hence, excluding the costs of accommodation and private road transport, core inflation was stable at 2.7% for the third consecutive month.

Nonetheless, prices of services and basic goods such as food and oil-related items were offset by stronger year-on-year increase in prices of retail products.

Going forward, MAS expects the core inflation to ease further in the second half of this year. However, overall inflation, which is expected to be lower on average compared to H1 2012, will remain above its historical average.

Taking note of prevailing concerns over rising inflation and business costs, Singapore’s central bank had in May reiterated its commitment to price stability over the medium term, and a monetary policy that takes into account multiple influences on consumer prices. Hence, it has been tightening the monetary policy by allowing a stronger rate of appreciation of the Singapore dollar nominal effective exchange rate since April 2010.

Rikvin supports MAS’ stance of having a monetary policy that only adjusts and not fully offsets the cost pressures arising from the supply side. “Higher business costs due to supply-side shifts in the economy will subside once the government’s emphasis on improving productivity starts to bear fruit. The tighter monetary stance adopted by MAS is set to balance an expected 1 – 3% GDP growth with inflation expectations,” noted Mr. Satish Bakhda, Head of Operations at Rikvin, a Singapore Company Registration specialist.

“It is important that the government, while giving targeted utility rebates for households and one-off cash grant for SMEs, adheres to a strategic open-door policy to allow as many foreign entrepreneurs to form a Singapore company that is bona fide and generates meaningful employment for Singaporeans. Our strength is that we are the world’s easiest place to do business, and we must remain so in order to sustain our growth,” Mr. Bakhda concluded.