Chat With Us
You are here: Home / Press Releases / Pay Hike to Benefit Singapore Economy 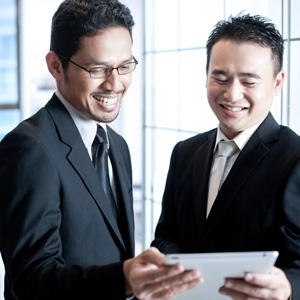 Company registration specialist Rikvin is optimistic that industries’ move to increase salaries will create a win-win situation for employees as well as employers and in turn, benefit the city-state’s economy in the near to medium term.

A recently published online survey, conducted by human resources consultancy Towers Watson has found that employers in Singapore are planning to increase wages by an average of 4.5% this year. The findings come just days before the much-anticipated unveiling of the latest wage guidelines by the Singapore’s National Wages Council.

Singapore Company Registration specialist Rikvin is optimistic that this move will create a win-win situation for employees as well as employers and in turn, benefit the city-state’s economy in the near to medium term. Rikvin also sees this move as complementary to government efforts to tackle inflation.

According to the survey that was conducted in 18 Asia Pacific countries between February and March this year, Singapore employers from a wide range of industries have indicated a wage increase ranging from 3.9% in the energy sector to 5.1% in the financial services sector. In addition, 48% of employers also indicated their intention of increasing their headcount this year in spite of flat growth business expectations.

This bodes well for the core Singaporean workforce which has been grappling with rising costs of living. Inflation has risen to 5.2% in March but is set to ease to 3.5% – 4.5% this year.

During the May Day Rally, the National Trades Union Congress (NTUC) has stressed on the need to increase wages. Lim Swee Say, Secretary General of NTUC said the move was imperative to not only to mitigate rising living costs, but to slow down the widening of income gap in Singapore. The Monetary Authority of Singapore (MAS) has also pledged its commitment to price stability over the medium-term and has tightened its monetary policy as well as allowed a stronger rate of appreciation of the Singapore dollar’s nominal effective exchange rate. The Inland Revenue Authority of Singapore (IRAS) has also lowered the starting Singapore personal income tax rates from 3.5% to 2% for the first S$30,000 for residents with effect of this year.

Reflecting on the intended salary increments by employers across various industries, Mr. Satish Bakhda, Head of Rikvin’s Operations said, “Providing better compensation to the workforce brings multiple benefits to the economy. Firstly, employers reduce the attrition rate in their firms and are better positioned to retain talent who are trying to cope with inflation. An employee who is paid fairly is a more productive employee, and in turn a valuable asset to the organization.”

Rikvin also anticipates that the pay increment would spur the workforce’s consumption habits, and give a much-needed impetus to private consumption momentum and propel business activity further. “In the absence of pay increments and against the backdrop of inflation, workers will be worse off as their net incomes shrink. This in turn hurts retail businesses which in turn hurts manufacturers and suppliers. By injecting sustainable salary increments, employers help employees mitigate rising costs of living and play their part in inducing greater consumer spending. This then allows businesses to thrive and motivate entrepreneurs to opt for Singapore company formation,” added Mr. Bakhda.

“Furthermore, the pay increments will help ease the pain points on the ground level. Many Singaporean professionals, managers, and executives (PMEs) have expressed discontent over marginalization and how some employers reward foreign talent more favorably while they struggle. Increasing their wages will in a way demonstrate the national objective of encouraging employers to adopt fairer employment practices as championed by TAFEP (Tripartite Alliance for Fair Employment Practices,” concluded Mr. Bakhda.