You are here: Home / Press Releases / Rich to Exit France Due to Tax Hike 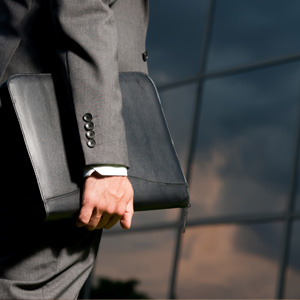 In line with this, a temporary 75% super-tax rate for earnings exceeding 1 million euros plus a new 45% band for revenues exceeding 150,000 euros will be imposed.

These measures are estimated to bring in approximately half a billion euros, with higher tax rates on dividends and other investments, plus cuts to existing tax breaks, predicted to bring in several billion more.

Currently, France’s public debt stands at a record post-war rate of 91% of the total economy, with prevalent unemployment and economic stagnation plaguing the country. The government, through belt-tightening measures, aims to recoup nearly 30 billion euros (S$47.5 billion) for the 2013 budget.

HNWIs on the Move

The country’s business leaders and HNWIs have been vocally opposing the proposal since its announcement. But with the tax hikes confirmed, France’s super wealthy have set their sights on more tax-friendly jurisdictions.

As reported by The Business Times earlier this week, about 400 to 500 residential properties worth more than 1 million euros (S$1.6 million) have been placed in the Paris market, indicating a sweeping trend to dispose high-end property as HNWIs consider their relocation options.

Commenting on this phenomenon, Mr. Satish Bakhda, General Manager and Head of Rikvin Operations, said, “Understandably, the extreme tax hikes and steep increase in capital gains tax have caused a pervading sense of panic among France’s community of the super-rich. It is not surprising that numerous HNWIs are scrambling to flee.”

“As the world continues to struggle amid the persistent financial crunch, countries like France will resort to extreme measures to resolve their problems. That is why bustling Asia, and Singapore in particular, is emerging as the destination of choice,” he added.

“Indeed, Singapore is an ideal option for France’s displaced rich. In the 2012 Doing Business Report published by the World Bank, Singapore ranked number 4 worldwide in terms of its attractive corporate tax and personal tax system. Compared against France’s steep rates, the top Singapore income tax rate is only 20% for Singapore residents and a flat 15% for foreigners. Similarly, the Singapore corporate tax is set at only 8.5% for profits up to $300,000, with excess profits charged at a flat 17%. More importantly, unlike France, Singapore does not tax capital gains,” explained Mr. Bakhda.

“More than Singapore’s attractive tax system, however, the city-state’s primary pull factor is its resilience amid the global financial crisis. In spite of extreme pressure from volatile western markets, we have maintained a steady growth momentum in terms of our GDP, with a 2% year-on-year (y-o-y) increase documented in Q2 2012. To date, the Singapore economy remains robust and its markets continue to thrive. For investors seeking Singapore company formation, this is an ideal scenario indeed,” he concluded.