Chat With Us
You are here: Home / Press Releases / Singapore Introduces Measures to Achieve Cleaner Air by 2020 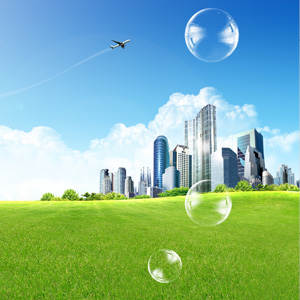 Singapore’s Environment and Water Resources Minister Vivian Balakrishnan has recently announced that the republic will have cleaner air by 2020. To meet this deadline, the city-state has adopted the standards set forth in the World Health Organization’s guidelines on air quality.

In line with this goal, Singapore will impose more stringent preventive measures against major sources of pollution, including refineries, vehicles and power generation companies. Among other salient programs, a concentrated effort to reduce the sulphur content of fuel will be undertaken. For example, by April 2014, it will be compulsory for all new petrol vehicles to pass stricter Euro IV vehicle tailpipe emission standards, in lieu of the current Euro II standards established in 2001.

Until recently, PM2.5 levels – or the level of fine airborne matter that can dangerously lodge in a person’s lungs and bloodstream, thus posing a number of health risks—were only published once a year. To accommodate frequent fluctuations, air quality data – including PM2.5 information – will be made available to the public thrice a day instead of just once. This data will be published at the National Environmental Agency’s (NEA) website at 8am, noon and 4pm daily. In general, the NEA will enhance its air quality reporting system to ensure that the public has access to timely information on the state of air quality in Singapore.

Analysis by Mr. Satish Bakhda, General Manager and Head of Operations at Rikvin, a Singapore Company Registration specialist, highlights the link between clean air and the economy.

“In addition to the obvious environmental and health repercussions of air pollution, it has a significant economic impact as well,” emphasized Mr. Bakhda. “On a micro level, air pollution can cause numerous illnesses that lead up to missed days of school and work. On a macro level, severe air pollution can potentially repel key investors and hurt the tourism industry, among other possible scenarios that can translate to economic loss amounting to billions of dollars.”

Mr. Bakhda continued, “Singapore’s clean air program has overwhelming benefits to public health as well as to the economy. Environmental protection is itself a rapidly expanding industry. Clean air compliance spending has prompted innovation, thus leading to the creation of the pollution control R&D industry, which has in turn generated new jobs for Singaporeans and those seeking the Singapore employment pass. Subsequently, this puts Singapore in good stead to attract major investors to form a Singapore company amid the emergent environmental boom.”

Rikvin further pointed to Mercer’s 2011 Quality of Living survey, which ranked Singapore first in Asia and the only Asian city in the top 25 most liveable cities in the world, as a reflection, in part, of the city-state’s clean air efforts.

“Our low pollution levels are a major factor in the Mercer rankings. In addition to high personal safety, political stability, world-class infrastructure and public services, Singapore’s reputation as a garden city has made it one of the best places to live in the world,” said Mr. Bakhda.

“While we exceed our Southeast Asian neighbours in terms of clean air, Singapore’s air quality still needs to be at par with global standards. The NEA’s continued vigilance and the government’s spending in this area are a step in the right direction. At this rate, I am optimistic that Singapore will achieve cleaner air in 2020,” Mr. Bakhda concluded.