You are here: Home / Press Releases / Singapore to Grow at a More Sustainable Pace in View of Population Issues 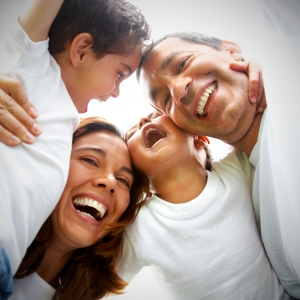 The Singapore government has this week announced that it will settle for a more sustainable pace of economic growth to focus on pressing population issues. It highlighted its new strategy to build a more dynamic Singapore in the long-awaited population white paper titled “A Sustainable Population for a Dynamic Singapore,” which was released yesterday.

Singapore company registration specialist Rikvin recognizes the paper as significant for setting the tone for businesses, potential residents and workers who wish to explore a future in the city-state over the next 17 years.

The paper, which consolidated views of Singaporeans on matters pertaining to the city-state’s demographic challenges, outlined three key pillars that will support Singapore’s population goals. They include 1) sustaining a core Singaporean population, 2) creating good opportunities for Singaporeans and 3) ensuring a high quality living environment for Singaporeans.

In view of these priorities, the paper highlighted a new focus on moderating economic growth. Instead of setting ambitious growth targets, the paper estimates 3 – 5% GDP growth per annum until 2020. Beyond then and up to 2030, GDP growth will ease to 2 – 3% per annum. In addition, and in spite of a renewed focus on productivity, the city-state anticipates productivity growth to hit 2 – 3% within this decade and 1 – 2% from 2020 to 2030.

It is heartening to note that the government is keen on creating more opportunities for Singapore PMETs and is still opening its doors to immigration and talented overseas personnel. This signals that the economy, though set to grow at a more sustainable pace, will not be stagnant or any less dynamic.

Analysis by Rikvin shows that sustaining a core Singaporean population involves two strategic thrusts – turning around the current birth and singlehood trends as well as to importing new citizens and integrating them into society.

According to the paper, in a span of 17 years, Singapore will grow its population by approximately 30% – from the current level (5.3 million) to 6.5 – 6.9 million. The resident population (4.2 – 4.4 million) – consisting of citizens (3.6 – 3.8 million) and Singapore permanent residents (PRs) – will still form the core of Singapore’s population.

To grow its resident population, Singapore will grant PR status to 30,000 eligible candidates annually. It will also grant between 15,000 and 25,000 citizenships per annum to prevent its citizen population from dwindling.

The paper also outlined that the city-state aim to create better quality jobs for a more qualified workforce. With better skills and education, the number of Singaporean PMETs will grow from 850,000 to 1.25 million by 2030. This means that 2 in 3 Singaporeans will hold PMET positions by 2030.

Amid restructuring, Singapore will slow down the growth of its workforce from 3.3% per annum over past 30 years to a modest 1 – 2% a year this decade, and 1% in the next decade. Nevertheless, the Singaporean workforce will be complemented by workers on the Singapore work visa, albeit at a more calibrated rate.

In terms of ensuring a high quality quality of life, the paper announced that Singapore will explore new solutions to expand its land capacity to enhance liveability.

Commenting on these measures, Ms Christine Lim, General Manager of Rikvin, said, “These measures indicate that the Singapore government is looking to replenish its population in view of its silver tsunami. While the measures are commendable, it remains to be seen whether Singapore can truly turn around its singlehood and birth trends in future as citizens are currently impatient to experience change. However, it is heartening to note that the government is keen on creating more opportunities for Singapore PMETs and is still opening its doors to immigration and talented overseas personnel. This signals that the economy, though set to grow at a more sustainable pace, will not be stagnant or any less dynamic.”