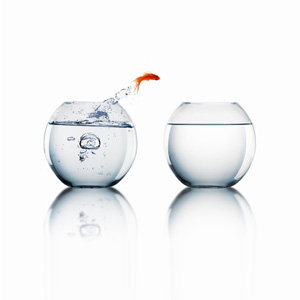 According to a recently released announcement by IE Singapore, the city state’s total trade and cumulative stock of direct investments abroad (DIA) has grown over the past two years and in spite of challenging economic tides.

Amid slower demand in developed markets such as Japan, the US and the European Union in 2012, regional economies have proven as bright sparks for catalyzing trade for Singapore companies. By end of 2011, Singapore companies have directed up to 57.7% (S$240 billion) of their investments to their neighbours. Particularly, emerging regional economies China, Malaysia and Indonesia became their top three destinations for trade as well as DIA.

In 2012, total trade with Malaysia registered S$113.37 billion, while China and Indonesia trailed close behind with S$103.8 billion and S$79.4 billion respectively. DIA from China (S$76.6 billion), Malaysia (S$34.0 billion) and Indonesia (S$32.3 billion) increased between 7.7% and 14.4% in part due to projects such as the development of wastewater treatment plant in Zunyi City, an aerospace plant in Penang and a 108-unit serviced residence project in Jakarta.

Chris Lim, General Manager of Singapore company formation specialist Rikvin commented, “We agree with IE Singapore that Singapore companies stand to benefit from the rise of wealth and development in emerging markets. Their flourishing is part of a larger Asian growth story that could in turn create employment as well as expansion possibilities for entrepreneurs that set up their bases in Singapore. Furthermore, Singapore’s extensive network to trade treaties and rigorous efforts to continually help local companies go global and become internationally competitive stand in companies’ favor.”

Data from IE Singapore, shows that the agency has facilitated more than 15,500 companies become globally competitive in 2012. Through its Global Company Partnership program, IE Singapore has helped companies determine their needs in capability building, market access, manpower development and financing.

Under their guidance, said companies have earned S$704 million in trade and project financing from banks and S$38 million of government grants. In addition, 82% of the overseas projects it facilitated were focused on emerging markets such as China, the Middle East and Africa, South Asia and Southeast Asia.

“Most encouragingly, 85% of beneficiaries were small and medium-sized enterprises (SMEs). We anticipate that more discerning entrepreneurs will consider Singapore company setup to tap the support offered by IE Singapore as well as the wide range of benefits offered by the city-state,” affirmed Ms. Lim.