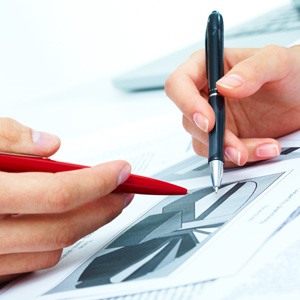 The recently released “Business Expectations of the Manufacturing Sector” survey by the Singapore Economic Development Board (EDB), reflects that the republic’s manufacturers are not optimistic about the business outlook for the first half of the year.

The survey, which was conducted between December 2012 and January 2013, sought feedback from approximately 386 manufacturing firms regarding their expectations of general business conditions, output and employment for H1 2013. The responses were presented in six clusters and sub-sectors according to net weighted balance i.e. the difference between the weighted percentage of “up” as well as “’down” responses.

Altogether and across all clusters, 8% of manufacturers expect business conditions to improve in H1 2013. However, 18% expect conditions to worsen during this period.

Overall, the EDB survey shows that electronics, chemicals and precision engineering manufacturing clusters are not as optimistic about H1 2013 as biomedical and general manufacturing industries are in their expectations.

In December, output from the electronics and precision engineering clusters contracted due to weak export demand. Hence, it is of no surprise that these clusters responded are not optimistic about business conditions within the first half of 2013. However, bright sparks in certain sub-sectors of all clusters indicate that hiring possibilities are in the horizon.

A weighted 28% of electronics manufacturers anticipate weak business conditions amid weaker demand in the US and Europe for semiconductors, computer peripherals as well as infocomms and consumer electronics. Similarly, a weighted 9% of precision engineering firms projected a weak outlook due to lower demand for precision components.

A weighted 8% of chemicals manufacturers expect weak conditions in H1 2013 as well. The least optimistic sub-sector was the petrochemicals sector, with a weighted 64% of firms anticipating lower margins due to increased price competition from new plants overseas. However, a weighted 17% of specialty and 40% of other chemicals sub-sectors were optimistic about business conditions in the near term.

Analysis by Singapore company registration specialist Rikvin shows that in spite of overall dim forecasts by these clusters, some of its sub-sectors are more optimistic about the outlook for the first half of the year.

In Q1 2013, a weighted 10% of manufacturers expect output to decline vis-a-vis Q4 2012. Altogether, the transport engineering and biomedical manufacturing clusters are most optimistic – with 13% and 8% respectively forecasting higher output for the quarter.

According to the survey, a weighted 85% of firms expect employment levels in the Q1 2013 to remain similar to Q4 2012. The transport engineering and general manufacturing industries clusters are most optimistic about employment opportunities in the three months ahead, driven by marine and offshore engineering, as well as medical technology sub-sectors.

Ms. Christine Lim, General Manager of Rikvin commented on the survey, saying, “The sentiment and forecasts follow the trajectory of global business conditions as well as December 2012’s performance. In December, output from the electronics and precision engineering clusters contracted due to weak export demand. Hence, it is of no surprise that these clusters responded are not optimistic about business conditions within the first half of 2013. However, bright sparks in certain sub-sectors of all clusters indicate that hiring possibilities are in the horizon. This in turn translates to the possibility of bringing in more skilled workers to fill these gaps via the Singapore work visa this quarter.”