You are here: Home / Press Releases / Singapore Not-for Profit Activity on the Uptrend over Past Decade says Company Incorporation Specialist 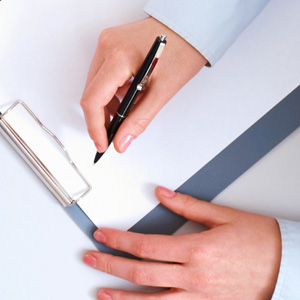 Singapore company registration specialists Rikvin is optimistic that the uptrend in Singapore not-for profit activity in the last decade indicates that Singapore offers an ideal environment for setting up a non-profit organization. Rikvin is also confident that the funding and tax benefits granted to Singapore charitable organizations will continue to incentivize more related organizations to set up in Singapore.

According to data from the Singapore Commissioner of Charities (COC), the number of registered charities in Singapore has increased by 143% between the end of December 2001 and 2010. By the end of 2010, there were 2,028 charitable organizations in Singapore, more than two-fold of that in 2001 (834).

The latest annual report by COC also revealed that the total amount of tax deductible donations raised for local charitable causes registered S$776 million in 2010, signifying a 13% increase since 2009. Additionally, the latest data from the Ministry of Community, Youth and Sports (MCYS) reported that the number of community volunteers has increased by 29.5% over the decade – from 33,022 in 2000 to 42,778 in 2010.

In Singapore, every charitable organization and institution of public character (IPC) that conducts not-for profit activities to contribute to the good of the public or nation must be registered as a public company limited by guarantee in order to 1) engage in contractual agreements, 2) raise funds from non-members and 3) claim tax exemptions on funds raised. Furthermore, donors are more inclined to give to registered entities as they are legitimate and have been approved by the Singapore law to conduct operations.

Commenting on the observation, Mr. Satish Bakhda, Head of Operations, Rikvin, said, “Singapore is well-known as a financial and business hub and many who have not been here imagine it to be purely a money-making haven. However, the rise in not-for profit activity in Singapore over the past decade is an indication that more people are tuning in to philanthropic activities and deem the act of giving as a worthwhile pursuit.”

Further analysis by Rikvin shows that government support had a hand in spurring the registration of not-for profit entities over the past decade. First of all, the Singapore government committed to encouraging greater giving to IPCs by improving the donors tax deductions scheme in 2009. The renewed scheme, which was extended for five years, grants donors 250% in tax deductions for donations made.

Secondly, charities and IPCs could tap of the VWOs-Charities Capability Fund (VCF) to enhance their training, management, administrative and infocommunications setup needs at significantly subsidized rates. By March 2011, 780 charities and IPCs have improved their capabilities by taking advantage of S$8.7 million in VCF credits. Thirdly, the government has recently exempted charities with an annual income or expenditure under S$500,000 from financial auditing. This in turn eliminates auditing costs for organizations and allows them to utilize their funds to roll out worthwhile projects.

“Altogether, these funding and tax schemes demonstrate that the Singapore government stands firmly behind philanthropic activities and welcomes organizations that wish to contribute to the greater good of the community. We are confident that these schemes will continue to motivate more Singapore charities to be formed in the months to come,” added Mr. Bakhda.