Chat With Us
You are here: Home / Press Releases / Singapore Businesses Call for Productivity Scheme to be Improved 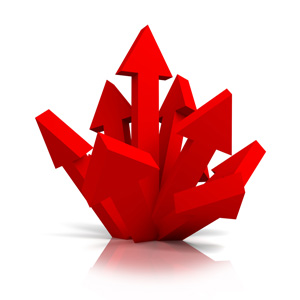 In light of the impending Budget statement later this month, Singapore businesses have come forward and raised some ideas to improve the government’s Productivity and Innovation Credit (PIC) scheme. Singapore company incorporation specialist notes that their suggestions should be explored to turn around the low pick-up rate.

Under the PIC Scheme Guide, firms that have opted for Singapore company registration may be eligible for 400% corporate tax deduction on a S$400,000 spend on each PIC activity. In addition, if they are cash-strapped, they may opt for a non-taxable cash payout on that spend, capped at S$100,000. The scheme was first rolled out in 2010 to help firms invest in productivity-enhancing activities.

“In the November 2012 issue of our newsletter, we have touched on the issue that the take-up rate of the PIC scheme has been relatively low, in spite of the enhancements introduced during last year’s budget. According to a news report on Channelnews Asia (CNA) in October 2012, only 30% out of 34,700 active companies have tapped the scheme. A report earlier this week by CNA shows that only 17% of micro-enterprises i.e. firms with a turnover of less than S$1 million a year have tapped the scheme since 2010. This sheds light on challenges faced by micro-enterprises, signalling there is room for improvement,” explained Ms. Christine Lim, General Manager of Rikvin.

Not all businesses compete on the same playing field and some have a head start well and above others. If we want to work towards higher-productivity and value-added activities, and enjoy growth that is collectively ours as a nation, then we must make room for micro-enterprises to tap the scheme as well.”

MAKE IT EASIER FOR MICRO-ENTERPRISES

The Singapore Manufacturing Federation (SMF), for example, said that the low take-up rate could be remedied if firstly, the PIC application process was made easier for micro-enterprises.

It proposed that firms be allowed to apply for the scheme through the relevant trade associations that understand the nature of their business. In addition, the SMF called for the government to review the requirement to have at least three local employees before the cash payout can be given as well as the notion that the amount of PIC reimbursements are pegged to the level of productivity improvements.

The Singapore Chinese Chamber of Commerce and Industry (SCCCI) proposed that simpler innovations and improvements qualify for PIC Scheme.

Commenting further, Ms. Lim added, “We agree with SCCCI President Teo Siong Seng’s suggestion that the scope for PIC activities be expanded to give micro-enterprises a standing chance to benefit from this scheme. Afterall, they are the ones who should benefit from this program. Not all businesses compete on the same playing field and some have a head start well and above others. If we want to work towards higher-productivity and value-added activities, and enjoy growth that is collectively ours as a nation, then we must make room for micro-enterprises to tap the scheme as well.”