Chat With Us
You are here: Home / Press Releases / Singapore Wages on the Uptrend Amidst Tight Labor Market 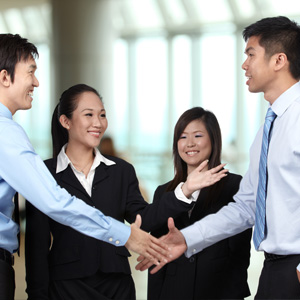 Singapore’s Ministry of Manpower’s Research and Statistics Department has recently released the “Report on Wages in Singapore, 2011,” detailing the main findings on wage changes, wage restructuring and occupational wages of over 200 jobs in Singapore in 2011.

The key findings from the report are as follows:

In spite of the slower economic growth in 2011, the tight labor market continued to push workers’ wages upwards, especially in the private sector (6.1% increase in total wages in 2011, up from 5.7% increase in 2010).

“In gist, the report tells us that while total wages have increased year-on-year, real wage changes still have not caught up with rising living costs. This especially hurts lower-wage earners or middle-income earners and families saddled with higher costs of living in Singapore. However, we are optimistic that firms that take advantage of the PIC Scheme will be able to move up the productivity chain and in turn redistribute wealth to their employees when they invest in their development, especially amid such a tight labor market,” said Mr. Satish Bakhda, Rikvin’s Head of Operations.

The PIC Scheme also known as the PIC Scheme Guide, grants every Singapore company to enjoy a 400% Singapore corporate tax deduction on the first S$400,000 or a 60% cash payout option when they invest in six qualifying productivity-enhancing and innovation activities namely:

“While this is a move in the right direction, we can do more to ensure better livelihoods for the core Singaporean workforce. The PIC Scheme sets the tone, and enables businesses to have their cake and eat it too. It is no secret that organizations ultimately benefit when employees are more empowered, engaged and happy. The onus then is on firms to take advantage of the resources available to them to move up the value chain. We encourage firms, especially small enterprises to do so by tapping the PIC Scheme. When this gains traction, wages of workers in Singapore will increase, and this is critical to improve the quality of life against the backdrop of Singapore’s tight labor market,” affirmed Mr. Bakhda.