You are here: Home / Blogs / 8 out of 10 students want to start a Singapore company: NUS 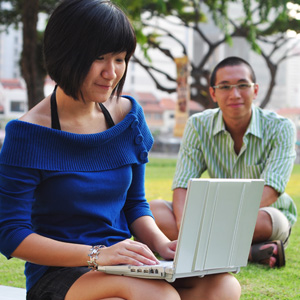 A total of 3,133 students across the three public universities and five polytechnics were surveyed by the NUS Entrepreneurship Centre. The survey was administered through a web-based questionnaire.

The survey also shared some other findings

What this mean for Starting a business?

While a majority of the Singapore students have given some thoughts about Singapore company formation, there is a lower proportion of them who actually end up working on their idea and actually starting up. This coincides with opinions around the web saying that Singaporeans have a low-risk appetite when it comes to taking the bold step to Starting business in Singapore. In a recent article by BCC, Hugh Mason, co-founder of JFDI.Asia also agrees that fear discourages young people from the inherent risks involved in going it alone in business to the point where most would not even try.

So what can be done to build Singapore entrepreneurship?

I guess the promotion of entrepreneurship is a marathon and not a sprint, and we are definitely seeing some good results from various entrepreneurial programs by the various tertiary institutions in Singapore. NUS for one has been running the NUS Overseas College Programme for more than ten years where entrepreneurial students are sent overseas to be immersed in startup hubs such as Silicon Valley, Israel, Beijing and much more. Recently, three months old Singapore University of Technology and Design (SUTD) has also been pushing a lot of entrepreneurial activities to promote entrepreneurship among students. With universities playing a more active role, I am definitely hopeful to see the numbers of “active founders” increase in the upcoming few years.

SINGAPORE: Students in Singapore’s universities and polytechnics show a healthy level of interest in entrepreneurship.

Results from the latest Global University Entrepreneurial Spirit Students’ Survey (GUESSS) found that nearly 79.8% of Singapore students have given some thought to founding their own business.

According to the NUS Entrepreneurship Centre, which conducted the survey, this is on par with the Organisation for Economic Co-operation and Development (OECD) average.

In addition, 37.5% of Singapore students were “intentional founders”, having given repeated serious thoughts to founding their own business, which is above the OECD average of some 36.3%.

However, Singapore had a lower proportion of “active founders”, or those who are currently active in a self-founded business, of just 1.1%, compared with the OECD average of 2.5%.

When focusing on the satisfaction of entrepreneurship programmes in Singapore, there were notable differences between students in the universities and polytechnics.

Intentional founders from the universities reported higher awareness or participation (47.2%) and satisfaction (3.75 of out a scale of 5) with entrepreneurship programmes compared to their polytechnic counterparts (41.7% and 3.61 respectively).

Intentional founders from the Polytechnics expressed higher demand (22.7%) for entrepreneurship programmes, compared to their university counterparts (8.8%).

The NUS Entrepreneurship Centre said universities and polytechnics should in future focus on students who have expressed definite interest in starting their own companies, and who may require help in realising their entrepreneurship intentions.

As a sizeable proportion of interested student entrepreneurs are not aware of the full range of entrepreneurship programmes offered, universities and polytechnics may also wish to review their process of disseminating information.

More may also need to be done at the polytechnics to raise awareness and participation of entrepreneurship programs.

3,133 students across the three public universities and five polytechnics were surveyed.

The NUS Entrepreneurship Centre conducted the survey as part of a global poll involving 26 countries.

The survey was administered through a web-based questionnaire from May to September 2011.

This post was originally published on e27.sg as NUS Entrepreneurship Centre reveals that up to 80% of Singapore students have given thought about starting up.

Founded in 2007, e27 is a media organization focused on the Asian technology startup industry. e27 believes in building the community of technology innovators across Asia by reporting on the latest, breaking news relevant to technology startups, technology companies as well as investors on the e27 blog while connecting with their readers on Facebook and Twitter. e27 also organizes Echelon, the annual technology startup conference that attracts attendees from all over Asia.

Why start a company in Singapore?

Located in Southeast Asia, Singapore gives you access to the expanding markets of the Asia-Pacific region. The taxes are low, the quality of life is high, and the legislation favors foreign businesses.