You are here: Home / Blogs / Five Things You Need to Know Before Filing Your Taxes in the US 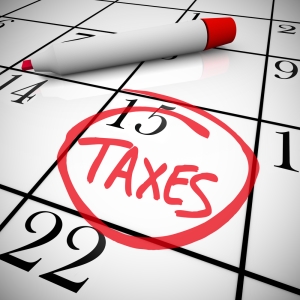 The following article has been reblogged with permission from Sovereignman.com.

***
If you’re a US taxpayer, you’ll want to heed the following before dropping off your 1040 this year.

You see, in 2010, Congress and President Obama passed a series of new rules known as the Foreign Account Tax Compliance Act, or FATCA. FATCA affects every US taxpayer who does anything overseas, as well as every single financial institution on the planet. It may be the most arrogant piece of legislation ever written.

Congress had the audacity to pass a law regulating foreign banks on foreign soil. It requires every ‘foreign financial institution’ on the planet (though that term is -very- loosely defined…) to enter into an information sharing agreement with the IRS, or else face steep consequences.

Banks that don’t jump into bed with the IRS risk getting locked out of the US financial system. This is a big deal.

If you’ve ever sent a foreign wire before, you probably know that almost every bank on the planet has a ‘corresponding’ account with one of the major banks in New York.

Needless to say, this legislation is going to rapidly reduce the significance of the US banking sector in the long run as other countries seek new financial pathways that re-route funds around New York. Congratulations, Congress!

In addition, FATCA also requires new disclosures for US taxpayers with ‘foreign financial accounts’, and it starts this year. Before you file your taxes, here are five things you need to know:

[Editor’s note: The following does not constitute tax advice, rather a friendly reminder of what the requirements are. Always consult with your tax advisor.]

The term ‘Foreign Financial Asset’ covers a lot of ground and is ambiguously defined. They use terms like financial asset, financial account, and foreign financial institution to define each other. It’s like saying, “What is dark? The opposite of light. So what is light? The opposite of dark.” Ultimately, the onus is on the taxpayer to figure it out.

*The exception here is if you are already reporting this company on form 5471 or 8865. This depends on if/how you elected to classify the entity on form 8832. For example, if you elect to classify a foreign entity as a corporation, you should report it on form 5471, not the FATCA form 8938.

If you have an account with an organization like GoldMoney.com that takes in deposits from the banking system, this is akin to a financial institution and financial account. It must be reported on Part I of the form. Perth Mint Certificates also count and should be reported as financial assets. Physical gold stored in a safety deposit box overseas, however, is not a financial asset and does not need to be reported.

3) Foreign real estate does not need to be reported.

You may already be accustomed to filing the Foreign Bank Account Reporting form TDF 90-22.1 each year to the US Treasury by June 30th. This new form 8938 does NOT replace the FBAR. You must file form 8938 in ADDITION to the FBAR.

The two major stipulations are:

a) whether you are filing as a single taxpayer, or jointly with your spouse
b) whether you live in the United States or overseas

The chart below summarizes the reporting thresholds. If you meet or exceed the threshold for your category, you’ll need to file form 8938 with your 1040 by April 18th this year.

Filling out the forms may be a pain, but it’s important to stay compliant. We can talk about the fraud of taxation and the lack of its moral or legal basis all day long… but the only way you’re going to legitimately get away with not paying US taxes is to give up your US citizenship.

Until you’re willing to take that step, you should stay compliant and keep filing the forms. Unless, of course, you have a panache for dayglow orange jumpsuits.