Chat With Us
You are here: Home / Blogs / Four Alternative Stores of Value 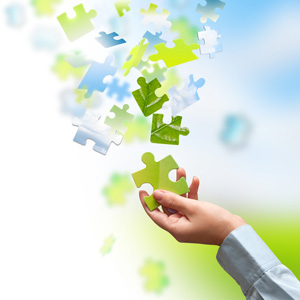 One of the most successful con jobs in the history of the world has been the concept of unbacked paper currency… or fiat money.

Over the last 100-years or so, governments have been able to convince people that their pieces of paper, backed by nothing but promises, actually have ‘value’. This seems truly bizarre when you think about it. Governments tend to be untrusted, serial failures. Yet people readily accept their guarantees the world over.

The history of fiat money has proven to be an almost uninterrupted period of inflation, asset bubbles, booms, busts, bailouts, panics,and other crises… and thankfully, it is an experiment which seems to be quickly nearing its end.

As such, it’s high time for creative, thinking people to consider their options and start trading their pieces of paper for something of value.

We all know the familiar story about precious metals– gold and silver have a long-standing tradition as stores of value dating back thousands of years.

But did you know, for example, that in the early days of the United States, whiskey was both a store of value and a medium of exchange? At the time, the US had among the highest alcohol consumption per capita in the world… and people knew they could always trade whiskey for something else. As such, whiskey had significant value.

Now, today’s liquor fundamentals may not warrant rushing out to buy a home-brew distillery kit… or stocking up on Johnnie Walker. But there are a number of other alternative stores of value worthy of your consideration:

Farmland prices around the world have been rising rapidly over the years and have hit all-time highs in places like the US and UK. But farmland in Chile, Uruguay, Paraguay, and select other markets is still quite reasonable.

Like anything, you wouldn’t want to hold any of these assets without first educating yourself and becoming an informed owner. But given that the paper currency sitting in your bank account is depreciating rapidly… or at best, generating a tiny fraction of a percent in interest, it’s definitely worth looking into alternatives right away.