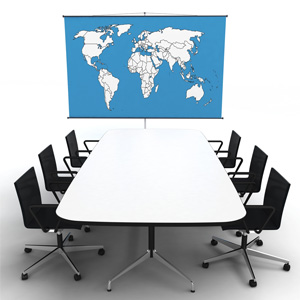 During his state visit to India last week, PM Lee had said that issues such as good governance and consistent regulations must be addressed and ironed out so that Singapore companies as well as international enterprises would be more inclined to invest in India and participate in its growth story.

A few recent incidents have disconcerted investors and raised questions about the viability of doing business in India over the longer term.

For example, in February this year, the Indian Supreme Court passed its verdict on the 2G spectrum case, ordering the cancellation of 122 telecom licences accorded to 11 companies on or after 10 January 2008.

Secondly, there is the controversial General Anti-Avoidance Rules (GAAR) that will kick in on April 2013. According to the proposed framework, foreign institutional investors using Double Tax Avoidance Agreements (DTAA) to invest in India may be subject to Indian taxes, though with some conditions. The review of GAAR is still in the midst of large uproar from foreign investors.

Meanwhile, on a positive note, PM Lee’s Indian counterpart Manmohan Singh assured him of India’s commitment to remain an investor-friendly destination, when the two leaders met to discuss the ongoing second review of the Comprehensive Economic Cooperation Agreement (CECA) signed in 2005.

Also, in a bid to contribute to the existing bilateral economic cooperation and open up other avenues at the policy levels, the two countries launched the India-Singapore Parliamentary Friendship Group, to coincide with PM Lee’s India visit.

“Though there have been frequent exchanges between the parliamentarians from both sides, there existed no formal institutional arrangement. With the establishment of this group, investors from either sides, especially those from India who are interested to form a Singapore company, have a platform to pursue their dreams,” explained Mr. Bakhda.

Rikvin’s experience has also been that companies from the city-state are increasingly concerned about investing in India and this is likely to continue unless a few misunderstandings about some of India’s fiscal and monetary policies are cleared.

“Singapore has enough capital floating around and the country is already India’s largest trading partner in ASEAN. With excellent air-connectivity, world-class business infrastructure and a business-enabling political environment, the city-state has jumped from third-world to first-world in mere decades. This is notably recognised by over 4,000 Indian companies which have established their presence in the city-state. Now, the onus is on the Indian government to carry out reforms in India’s FDI policy and attract not only Singapore dollars but from the world over,” concluded Mr. Bakhda.