You are here: Home / Blogs / 75% Tax Just Too Painful for France’s Wealthiest 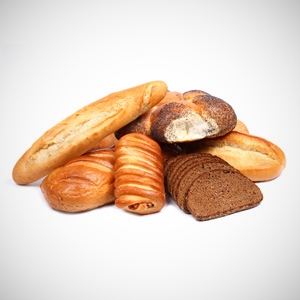 As the newly-voted socialist government delivers its electoral promise on taxing France’s super rich, the latter are departing their country for more tax-friendly jurisdictions. Britain, Switzerland and Belgium are rolling out the red carpet for France’s wealthiest. However, given the eurozone crisis, the departing rich may find eastern promises such as that offered by Singapore, the first-world nation of resilient Asia more alluring.

According to France’s new socialist president François Hollande, the introduction of a marginal tax rate of 75% on incomes above €1 million a year is a temporary but necessary measure to help the country tackle its massive debt. Hollande is also proposing to increase inheritance tax, and a new 45% income tax for those earning over €150,000 annually whilst imposing a €10,000 limit on tax reliefs. France’s current top tax rate is 41%, with an additional temporary premium of 3% on incomes above €250,000 and 4% over €500,000.

Although the top income tax rate will impact a minority super-rich community in France, the inheritance tax is expected to have a widespread impact. The socialist government is also expected to increase its corporate tax rates , which will affect the small entrepreneurs as much as it affects the bigger corporate establishments. The policies of the socialist government also do not bode well for the players in the financial sector.

Why Singapore is Attractive Too

Although some European countries are vying with each other to attract the tax exiles from France, Singapore is emerging as a preferred destination for the French. The reason being its high standard of living, its access to the lucrative hinterland of Southeast Asia which has the most promising markets, strong legal system, political stability and neutrality and more importantly its economic resilience, pro-enterprise policies and business-friendly tax regime.

Commenting on the evolving scenario, Mr. Satish Bakhda, Head of Operations at Rikvin, a Singapore Company Registration specialist said,” Singapore is definitely very attractive to the French. The tax rates both on personal incomes as well as corporate profits are highly competitive. The top income tax rate is just 20% for Singapore residents and it is a flat 15% for the foreigners, making it is extremely attractive against the 41% that is charged in France. Likewise, the Singapore corporate tax is merely 8.5% for profits of up to S$300,000 and profits above that are charged at a flat 17%, which is nearly half of what is charged in France. Unlike France which is set to increase its capital gains tax from 19% to 34.5%, Singapore does not tax capital gains.”

“In the last five years, the French community in Singapore is estimated to have doubled and there are nearly 400 French enterprises that have set up operations in Singapore. The first world standards of living and a safe and green environment is also contributing to the attractiveness of the city-state.”

“Far more important is the economic resilience of Singapore, is located in the progressive Southeast Asian region. This is starkly in contrast with the Eurozone, which is reeling under the crisis. It’s the overall uncertainty prevailing in France that has sparked concern among ultra-rich there, and Singapore’s political and economic stability is in contrast, appealing to them. Albeit the exit tax imposed last year to prevent such tax exiles, the departure of the wealthy French has continued to grow to underscore their preference for wealth-friendly jurisdictions,” added Mr. Bakhda.