You are here: Home / Blogs / Rikvin Featured in CNBC! 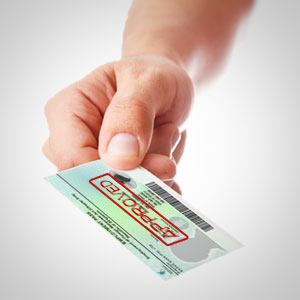 In the article “Singapore Firms Hit by Foreign Labor Laws”, Rikvin’s Head of Operations, Mr. Satish Bakhda, shared his views with CNBC on Singapore’s foreign manpower challenges. Thank you Ansuya for the opportunity!

—
From designing the decor to drawing up the dessert menu, Venezuelan national Carlina Maldonado and her husband spent months preparing for the launch of their new restaurant venture in the Asian financial hub of Singapore. But as the opening day approached, there was just one thing missing: staff to serve their South American fare.

Hiring challenges, stemming from the government’s tighter controls on foreign labor, postponed the launch of their restaurant, Sur, by a month – an expensive delay that left them with a high rental bill and zero income.

“We had an overwhelming response to the job ads we posted online, but 99 percent of the applications were from non-Singaporeans, mostly Filipinos. They were extremely qualified but we couldn’t employ them because of the hiring restrictions,” 33-year-old Maldonado, a former bartender, told CNBC.

The Singapore government, which is facing growing public opposition to the country’s liberal immigration policies, has announced a slew of measures to limit the influx of foreign workers in the past year, including lowering the foreign manpower dependency ratio for the manufacturing and services sectors by 5 percent each, in addition to steep increases in the monthly levy paid for hiring overseas employees which have taken place every six months since 2011.

“The lack of manpower has made the market extremely competitive. Restaurants are entering bidding wars for employees,” she said, adding that higher-than-anticipated labor costs have drastically altered their return on investment.

Bringing in a manager for a restaurant, for example, is tough. They [Singapore government] want to ensure that foreigners aren’t taking jobs away from Singaporeans – they must complement, not compete. Even banks and multinational companies are being questioned – do you really need this guy? The real problem is the lower end salaries, less than S$4000.

Singapore, which has topped the World Bank’s global ranking on the ease of doing business for seven straight years, has long been lauded for its business-friendly regulatory environment. But measures to boost domestic productivity, through limiting the inflow of foreign workers, are denting the attractiveness of the Southeast Asian nation as an investment destination, and could weigh on the economy’s growth, according to economists.

Foreigners – which make up almost 40 percent of Singapore’s 5.3 million population – are an important source of cheap employment, particularly for the country’s manufacturing, construction and services sectors.

“Businesses that have not made the necessary adjustments to survive in the country’s high cost environment will find it increasingly difficult to compete. We expect the less productive companies to start to get weeded out as restructuring bites, which should have an impact on GDP,” said Michael Wan, research analyst at Credit Suisse.

“More labor curbs will be put in place, there is no u-turning – it’s a reality that labor resources will grow at a much slower pace in the future, and costs will go up,” said Leong of Barclays.

Experts say Singapore’s release of a white paper last month, detailing a population target of 6.5-6.9 million by 2030, will put further pressure on authorities to limit access to foreign workers. According to Credit Suisse, this means the expansion of Singapore’s overseas population would have to slow to 2.6 percent per annum from 7 percent in 2012.

Satish Bakhda, head of operations at Rikvin, a firm that provides company registration and employment pass services, noted that it is harder to obtain employment passes for service sector jobs compared to just a couple years ago.

“Bringing in a manager for a restaurant, for example, is tough. They [Singapore government] want to ensure that foreigners aren’t taking jobs away from Singaporeans – they must complement, not compete,” he said.

“Even banks and multinational companies are being questioned – do you really need this guy? The real problem is the lower end salaries, less than S$4000,” Bakhda added.

“The impact will be felt through the business community and more painful with SMEs because they are the ones that rely on low skilled foreign workers, face greater competition, and profitability isn’t as high,” Ho said.

“These are sectors (that) Singaporean (workers) don’t want to join,” he added, noting that businesses will need to innovate to compensate for the lack of manpower, or think about whether it makes sense to operate in the city. The concept of self-service, for example, which isn’t widely adopted in the country, will likely become more common.

Manpower constraints are expected to contribute to a pullback in investment in the country this year, according to the country’s Economic Development Board, which is targeting S$13 billion in fixed-asset investments in 2013, lower than the $16 billion hit last year.

This is the first time they are targeting a lower figure than the previous year,” Wan of Credit Suisse noted.

While labor intensive businesses could be deterred, Vishnu Varathan, market economist at Mizuho believes Singapore will remain an attractive investment destination for knowledge intensive operations including research and development and legal and financial services.

Ho of the Singapore Business Federation agreed, “If you look at overall factors – it’s still compelling for new businesses in terms of infrastructure and rule of law.”