Chat With Us
You are here: Home / Blogs / Employment Rules for Foreign Spouses of Singaporeans 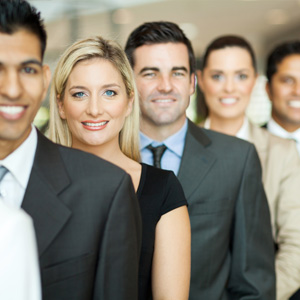 The new rules are aimed at streamlining the work visas processes for foreigners married to Singapore citizens and permanent residents.

From February 1, 2015, all foreigners married to citizens and permanent residents in Singapore may apply for a Letter of Consent (LOC) in order to gain employment in the country. While the practice of issuing LOCs was already in place for Long Term Visit Plus pass (LTVP+) holders, the changed rules will benefit the other type of such foreigners in Singapore – the Long Term Visit pass (LTVP) holders.

Until recently, such LTVP holders needed to obtain a work permit from the Ministry of Manpower (MOM) Singapore in order to be legally employed in the country.

A foreigner whose spouse is either a Singapore citizen or a permanent resident can either apply for citizenship or permanent residency; or if he or she doesn’t satisfy the criteria for these as yet, can go for the Long Term Visit Pass.

Notably, LTVP is also issued to certain qualifying family members of Employment Pass (EP) and S Pass holders who earn at least S$6,000 per month. For this, the employer needs to submit a separate application for each family member, which although, can be submitted together with the EP or S Pass application.

The family members eligible for LTVP include common-law spouse, unmarried handicapped children above 21 years, step-children under 21, and parents (only if the EP or S Pass holder earns more than S$12,000 per month).

This scheme was introduced in 2012 to give foreigners married to Singapore residents and citizens greater certainty of stay in the country, as well as make them eligible for healthcare (i.e. nearly similar to the benefits enjoyed by Singaporean PRs) and employment benefits (i.e. able to work with no need for a work permit, just LOC).

Notably, there is no separate application for LTVP+ as those eligible are automatically considered when they apply for LTVP. In general, couples with at least one Singaporean child are considered favourably for the LTVP+. For couples with no children, the duration of marriage (for example, being married for at least three years helps) plus other factors are taken into account.

The LTVP+ is granted for a duration of three years initially and can be renewed for up to five years for each subsequent renewal.
Interestingly, LTVP+ holders issued with LOCs are not counted under the foreign workers quota of their employers, who subsequently are also not required to pay any foreign workers’ levy for employing the LTVP+ holders.

Procedure for a LOC Application 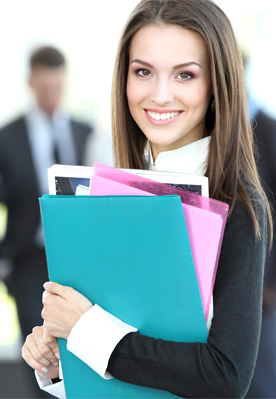 If LTVP+ holders (and LTVP holders, w.e.f. February 1, 2015) wish to work in Singapore, the prospective employer will need to apply for a Letter of Consent (LOC) at MOM’s Employment Pass Online (EP Online) portal. The employment can begin only after the LOC is issued and ceases once the LTVP/LTVP+ is canceled or expires.

Do note that all supporting documents are to be either in English or an official English translation must be provided while making the application. MOM processes 80 percent of all the LOC applications within seven working days. Moreover, like an EP or a S Pass, a LOC can also be renewed at least three months before it expires. However, they will need to ensure that their LTVP is valid.

For foreign spouses (married to Singapore citizen/ permanent resident only) already holding a work permit, they can continue their employment on the existing work permits until its expiry. Subsequently, a LOC will be issued to them instead of a work permit if they want to work in Singapore. But the MOM has encouraged foreign spouses on work permits to convert to LOC as soon as possible because it will no longer be issuing such work permits from May 1, 2015.

MOM has also clarified that the new rules are applicable for LTVP holders only. “Employers of foreign spouses on Short Term Visit Pass who wish to work would need to apply for a regular work permit for them. This is subject to the prevailing quota, levy and source country restrictions,” noted the Ministry in a statement.

The Benefit to Singapore Companies

Apart from the obvious benefits to the married couple who will have greater certainty regarding the eligibility of foreign spouse’s continuous stay in Singapore, the new rules come as a boost from Singapore companies already struggling from manpower shortage and increased operating costs.

Since LOC holders are not counted as foreign workers, and with the increasing number of LTVP and LTVP+ in the country, the labor pool in Singapore will increase. Prospective employers will also save on government levies when they choose to employ LTVP/LTVP+ holders, thereby reducing their costs overhead.

We are experts when it comes to Singapore's immigration laws and regulations. Our reliable guidance and high success rate comes with 20 years of experience. Secure your Letter of Consent with us.