You are here: Home / Blogs / Singapore the Most Fertile Environment for Wealth Creation: Report 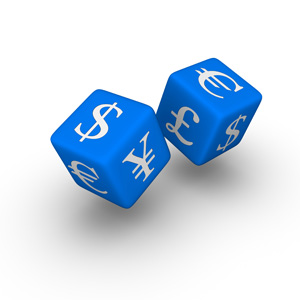 According to the latest Barclays Wealth Insights report, Singapore is the most fertile environment for wealth creation, with more than half, or 51%, of High Net Worth Individuals (HNWIs) having accrued their wealth here in less than a decade.

Per the report, HNWIs acquired wealth faster in Singapore than elsewhere in the world, surpassing the global average of 26%. Among those who built their wealth within a 10-year period, Singapore’s super rich emerged ahead of respondents from Qatar (48%), UAE (32%), India (30%) and China (27%).

Moreover, Singapore has the highest proportion of respondents (14%) who generated their fortune in less than 5 years, reinforcing the city-state’s reputation for robust wealth-generating opportunities.

Conversely, developed economies such as Switzerland and the US are among the slowest to assist with wealth accumulation; only a marginal 10% of respondents acquired wealth within 10 years.

Entitled “Origins and Legacy: The Changing Order of Wealth Creation,” the 17th edition of the Barclays report further revealed that the principal wealth sources for Singapore’s most affluent are as follows: personal investments (72%), profits from property (58%), savings through earnings/bonus over time (55%), business sale/profit (50%), and inheritance (32%).

Commenting on the report, Ms Christine Lim, General Manager of Singapore company registration specialist Rikvin, said, “Economic activity and growth have gradually shifted from the west to the east over the years, and Singapore has been a great contributor to this shift.”

“In Singapore, the HNWI population is comprised primarily of home-grown millionaires who built their fortunes through entrepreneurial endeavours and personal investments, as well as foreign investors who came here to start a Singapore company. The city-state’s favourable regulatory regime, open economy, and strong entrepreneurship ethos have provided a fertile ground for wealth to flourish, ultimately contributing to the rapid pace of acquiring wealth,” she said in conclusion.

Singapore Drops to No. 8 Spot in Global Innovation Index
Singapore’s Slower Growth Not a Cause for Concern: Forbes