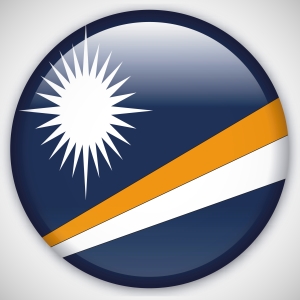 According to Sovereignman’s blog, setting up an offshore company is a fine way to diversify one’s international portfolio. Read more about it below.

The following article has been reblogged with permission from Sovereignman.com.

***
Panama has become a popular place for expats to plant flags and diversify internationally. And with good reason– the country has had a lot to offer. But quite a bit has changed over the years, and I thought it important to spend a few minutes today reviewing some of Panama’s most prominent international diversification options.

Banking: There are better options if you’re not living or doing business in Panama

Years ago, Panama was called the “Switzerland of the Americas” for its tight banking privacy; customer details were known only to bankers, and a breach of this commitment was a punishable offense.

In August 2009, Panama was put on the OECD’s “gray list” of countries deemed uncooperative with global tax standards. To get off the list, Panama entered into a number of international tax agreements with places like Singapore and Japan– ‘harmless’ countries where very few of its banking customers originated from.

After a few more years of intense pressure, though, the government of President Ricardo Martinelli capitulated to the United States and signed one of the most unilaterally disarming comprehensive tax treaties in history.

The 2011 agreement between the US and Panama effectively gives the US government carte blanche over any information it wants from Panamanian bank accounts. The agreement authorizes ‘fishing expeditions’, and it requires Panamanian authorities to cooperate with US investigations even when the charges are not criminal in nature or violate Panamanian law.

Many banks simply closed their doors to US taxpayers (though there are a number of banks like HSBC, Tower Bank, and Banvivienda that still open personal accounts for Americans).

With all semblance of privacy gone and the Panamanian banking system sitting firmly in the US government’s pocket, its single best feature had vanished practically overnight.

Devoid of its competitive advantage, the banking sector now has to stand on its own and compete for head to head against Hong Kong, Singapore, Abu Dhabi, etc. And today, for someone who isn’t living in Panama or doing business in the country, there are far better homes (like the aforementioned) for your hard-earned savings.

Corporations: US taxpayers may want to consider other jurisdictions

Panama has also traditionally been a popular jurisdiction for corporate structures because of the country’s territorial tax system. Panama does not tax foreign-sourced income, so anyone who registers a corporation and does no business in Panama is not subject to Panamanian tax.

You cannot check the box on form 8832 and elect to treat a Panamanian corporation as a pass-through entity, and this opens up the business to problems like double taxation, extra filings, etc.

For operating businesses or holding companies, there are a lot of places in the world to structure a company that do not tax foreign-sourced income (or any income at all) and are still favorable for US tax treatment– Marshall Islands, British Virgin Islands, or Brunei.

The Panamanian economy is undoubtedly booming right now, and there is no shortage of opportunities for entrepreneurs. That’s good news. The bad news is that you’ll need a high pain threshold to negotiate the labyrinth of labour regulations (which are not business-friendly), permits, and certifications.

Labor, by far, is the biggest challenge. Panama is very protective of its labor market, and the basic ratio of Panamanian to foreign workers that companies are authorized is about 10:1. Entrepreneurs are not able to bring in the best talent they can find for their business, and it’s extremely difficult to find skilled, reliable employees from the local pool.

Even if you do, the market is so competitive that they’ll likely jump ship within a few months and go work for someone else.

In the western hemisphere, Panama is still one of the better places to receive medical treatment, particularly if you’re hamstrung by the ridiculous cost and regulation in the United States.

Panamanian doctors at the country’s best hospitals are frequently trained abroad in the US or Europe, have international experience, and are fluent in English. Some of the hospitals are even internationally accredited (like Hospital Punta Pacifica).

Living: Panama is still a great place to spend time

At the end of the day, Panama is still a nice place to be. It’s getting much more expensive and the traffic is horrible in/around Panama City, but the overall quality of life is excellent. In comparison to its peers in Central America and the Latin-Caribbean basin, Panama still stands above the rest as a safe, modern, reasonably civilized place to live.

Incorporate an offshore company with speed, ease and value

24 hours is all we need. Coupled with transparent, highly-competitive pricing and timely, committed support, your offshore company registration is made easy.

What Types of Shares Can a Singapore Company Have?
Why the Variable Capital Company (VCC) is a Global Game Changer