You are here: Home / Blogs / Tax Havens: Myths and Realities 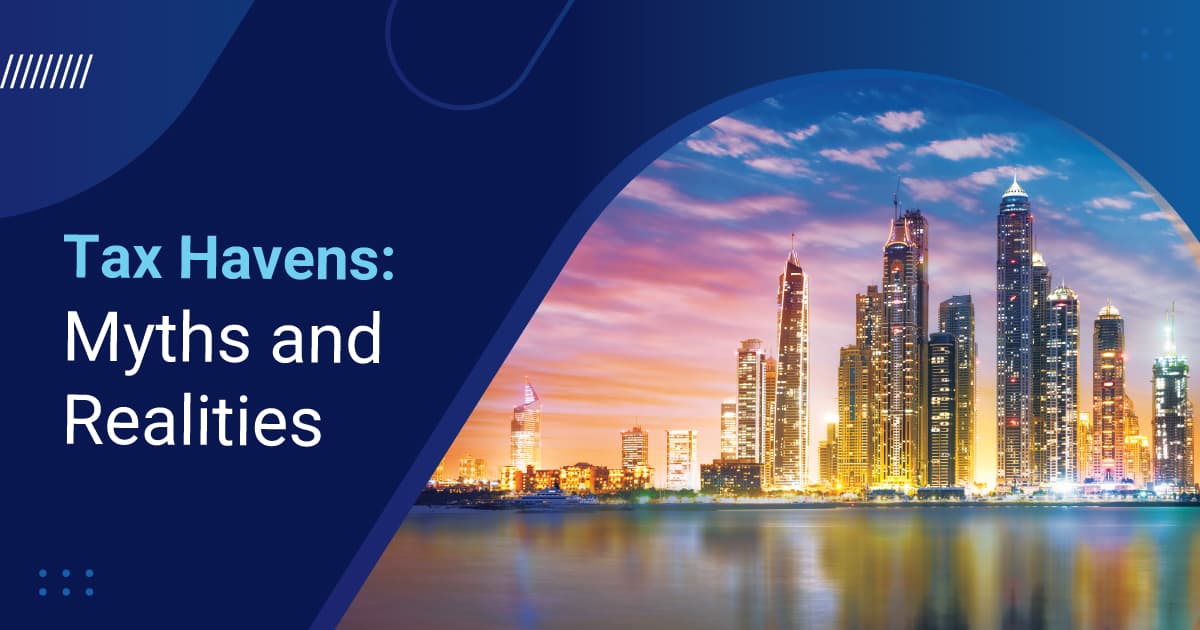 What comes to mind when you hear the term “tax haven”?

Often, the first things that come to mind are shady or questionable jurisdictions that impose very low or zero tax rates either on income or other significant revenue-generating components of the economy.

And it’s not surprising, especially when you have scandals like the Panama Papers and Luxembourg Leaks that exposed tax havens used for criminal purposes.

There is no formal definition of the term anywhere, even though international organisations such as the OECD use certain markers for non-transparent or non-cooperative countries related to tax matters and the facilitation of tax evasion.

What is a Tax Haven?

A tax haven typically has a tax structure designed to attract companies and individuals from higher-tax jurisdictions to avoid paying taxes in their home countries.

Another feature of such tax havens is that the individual’s or the company’s substantive local presence in that jurisdiction is not required.

Is Singapore a Tax Haven? 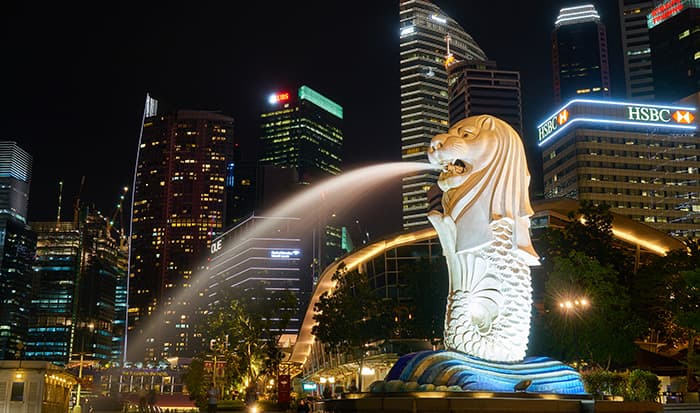 Some have the mistaken impression that Singapore has replaced Switzerland as a tax haven, which is wholly untrue.

The Singapore banking and finance industry is highly-developed and facilitates a large amount of wealth management activities. It also has high standards of regulation and compliance practiced at an internationally-lauded level.

Related Read: What is Tax Evasion, and how do I avoid committing it in Singapore? »

For example, there are some who opine that Singapore is on a of “list” of countries like the U.S. because there is a great deal of discussion and engagement on these matters between the governments of the two countries.

The reality is, there are many real American investors, entrepreneurs and businesses that come to Singapore to do business, form a Singapore company, or generate large profits.

Therefore, it makes sense that the IRS attempts to engage the Singapore government in their FATCA activities.

The fact is, however, the Foreign Account Tax Compliance Act (FATCA) is a US federal tax policy that applies across the board and to all countries where there are Americans.

It was signed into law by Barack Obama in 2010 to increase the efficiency of the US government in improving tax compliance of Americans with regards to their foreign financial assets internationally.

Besides, the Singapore tax system aims to attract substantive economic activities by keeping the tax burden on enterprises and individuals as low as possible. Businesses are taxed at 17% and the individual income tax rate is progressively taxed at up to 20%.

Such a tax system is designed to boost a diversified, knowledge-based economy that spans a wide range of economic sectors. It is not a means for wealthy individuals to park their money inactively in Singapore to avoid taxes back in their home countries.

Furthermore, Singapore does not allow the abuse of its financial system to facilitate tax evasion and/or other crimes such as money laundering or the financing of terrorism.

It cooperates extensively with international partners and authorities such as the Interpol to deter and prevent such criminal abuse.

Singapore also endorses and implements the internationally agreed Standard for Exchange of Information (the EOI Standard) for tax purposes in its tax treaties. The level of tax cooperation that Singapore renders to its tax treaty partners is fully in line with global standards.

Additionally, Singapore’s financial sector is characterised by high standards of financial regulation and supervision by the authorities, and it is not through low taxes per se. Singapore’s banking and financial system is open and transparent, and rules are rigorously enforced.

Investors choose Singapore as the place in which to manage their wealth because of the country’s economic and political stability, sound regulations, respect for rule of law, and the availability of fund management expertise.

Countries That Are Actual Tax Havens

According to CNBC’s “Countries with Zero Income Taxes”, the following are the top countries that are actual tax havens in terms of them not having any income taxes. 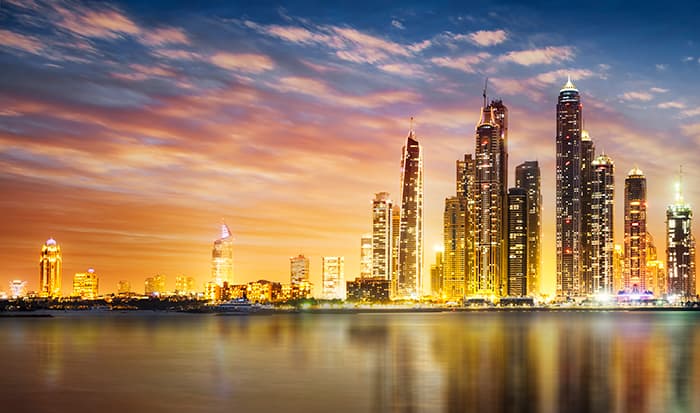 The United Arab Emirates has one of the world’s highest per-capita incomes of US$36,284 as of 2020, and has no personal income or capital gains taxes.

The country is the 5th-biggest exporter of crude oil globally, and is therefore dependent on oil companies that pay up to 55% in corporate tax.

Statistically, oil revenue accounted for 80% of consolidated government income in 2010, whereas income from other taxes, fees, and customs duties made up less than 12%.

Expatriates who work in the UAE do not have to pay for any social security contributions, but citizens make monthly contributions of 5% of their total earnings for such purposes and their employers, 12.5% of that citizen employee’s base salary.

Other indirect taxes include housing fees, road tolls, and municipal taxes. A 50% tax on alcohol is also charged, and if a person with a liquor license buys alcohol to drink at home, an additional 30% tax is charged.

As a gas-rich nation, Qatar relies on its natural gas reserves — which are the world’s 3rd-largest — for revenue and has invested heavily in infrastructure to liquefy and export the commodity.

As such, it levies no taxes on personal incomes, dividends, royalties, profits, capital gains, and property. However, citizens will have to pay 5% of their income for social security benefits, while employers contribute 10%.

Presently, there is no VAT or sales tax charged on operations, but it may be implemented in the future, anticipated at a rate of 5%. Other indirect taxes include a 5% charge on imported goods.

Oman, like its neighboring Middle Eastern countries, derives the majority of its revenue from crude oil.

Its 2022 government budget forecast revenues of US$27.6 billion on the basis of US$50 per oil barrel. Oil accounts for 42% of its revenue. In the first half of 2022 alone, the government reported a US$2 billion revenue surplus.

The country imposes neither individual income nor capital gains taxes, but citizens must contribute 6.5% of their monthly salary for social security. A property transfer fee of 3% is also charged on the transfer of land and other types of immovable property.

However, unemployment (of citizens) is high and income disparity is a much-debated issue.

As the world’s 8th-largest oil exporter, Kuwait’s oil revenue of US$36.3 billion last year accounted for around 95% of total revenue in the period.

While there is no income tax in the country, Kuwaiti nationals must contribute 8% of their salary for social security benefits; their employers, an 11.5% contribution.

However, Kuwait is constantly exposed to political turmoil, ushering in four new parliaments in 6 years.

For various reasons, the IMF has recommended that Kuwait introduce a value-added tax and comprehensive income tax system.

Well known as an offshore financial center, the Cayman Islands are a big draw for the wealthy with its zero personal income and capital gains taxes. It also has no mandatory social security contributions.

Employers, however, are required to provide a pension plan for all workers, including expatriates. While there is no value added tax or government sales tax, the country does have some indirect taxes such as import duties, which can range up to 27%.

A high standard of living in the Caymans also means high property prices that are among the highest around.

Despite its oil wealth, Bahrain has been knee-deep in debt for a long time. However, in 2022, it posted a US$88 million mid-year budget surplus thanks to the global surge in oil prices.

Bahrain relies on output from the Abu Safa oilfield, which is shared with Saudi Arabia, for about 70% of its budget revenue.

In terns of social security, citizens contribute 7% of their total income, while expatriates pay 1%. Likewise, employers contribute 12% of a citizen’s salary and 3% for expatriate employees.

Other indirect taxes include a stamp duty of up to 2% of the value of the property on real estate transfers. Expatriates also have to pay a 10% municipal tax for rent on residences.

However, it has long had political turmoil, and is ranked 12/100 on the Freedom in the World 2022 Country Report.

Considered one of the world’s most affluent countries, Bermuda also has among the world’s highest costs of living.

While there is no income tax, there are other variations like payroll tax and payments for social security insurance. Other taxes include property tax of up to 19% and stamp duty also applies to inheritance/estates from 5% to 20% depending on the property value.

Customs duties on imported goods are a major source of revenue for the government, and individuals relocating to Bermuda are charged 25% tax for goods they bring.

Given its relatively low taxes, the country is a big draw for international firms, and more than 20% of its population is foreign-born.

The British Virgin Islands (BVI) is one of the world’s most popular tax havens because of its zero income tax and corporate tax policies.

For decades, it has attracted people worldwide looking for a place to keep their investments and assets while concealing their identities. Company incorporations have been climbing since the dip in 2019 and 2020.

Among the wealthiest of Caribbean countries, the Bahamas is an economy heavily dependent on tourism and offshore banking from entities that mostly have a presence there only for tax benefit purposes.

About 70% of revenue comes from duties on imported goods. Although there is no personal income tax, employees have to contribute 3.9% of their salary for a form of social security called National Insurance while their employers also have to contribute 5.9%.

Self-employed individuals are charged 8.8%. The country also has a property tax of up to 1%.

Be served by a dedicated tax manager in Singapore

Liaise with a dedicated account manager when you engage us for accounting, compliance, taxation and budgeting services. Our licensed specialists will attend to your tax and accounting needs thoroughly.

Money Matters: 8 Ways to Raise Funding in Singapore
How Can Singapore Foster a Future-Ready Workforce?