Chat With Us
You are here: Home / Press Releases / Environmental Groups to Take Root in Singapore 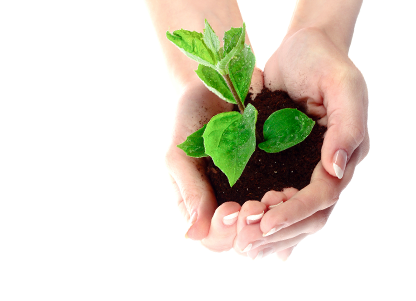 According to a recent news report, more international environmental advocacies are following in the footsteps of NGOs like World Wide Fund for Nature (WWF) and Conservation International, choosing Singapore as a base from which they will serve Asia’s needs. Singapore company registration specialists Rikvin is optimistic that the strong government support as well as a rising interest in corporate social responsibility (CSR) in the region will translate to a continued uptrend in eco-business setup in the garden city.

The Singapore Economic Development Board (EDB) is optimistic about the industry based on an encouraging trend which saw the doubling of NGOs (from 30 to 60) and an estimated 120 jobs created between 2005 and 2008. In 2008, it led the launch of the International Organisations Programme Office (IOPO), an initiative that facilitates international NGOs with their transition to Singapore. EDB anticipates an estimated 150 international NGOs across various industries and correspondingly, 2,500 related jobs to be created in Singapore by 2015.

Many of the environmental NGOs in Singapore have cited government support, in the form of grants, tax incentives and setup advice, as a major factor driving them to form a Singapore company. Other factors include access to environmental and conservation experts and Singapore’s strategic position in the heart of Southeast Asia. Furthermore, as CSR gains traction in Asia, many NGOs recognize the potential for generous funding and partnership with a vast pool of multinational firms based in Singapore.

Rikvin agrees that strong government support is a vital contributor to the growing presence of international social benefit organizations in Singapore. As discussed in our press release on the rise of Singapore NGO setup over the past decade, the number of charities in Singapore has more than doubled between 2001 and 2010. By the end of 2010, a total of 2,028 charities were established in Singapore.

Rikvin has determined five other factors from a corporate secretarial and taxation perspective that are beneficial for international NGOs namely 1) low setup cost for charities, 2) Institution of a Public Character (IPC) status in Singapore, 3) VWOs-Charities Capability Fund (VCF), 4) exemption from auditing and 5) Productivity and Innovation Credit (PIC) Scheme.

LOW SETUP COST FOR CHARITIES
Many charities or NGOs choose to register a Singapore company limited by guarantee. According to the Companies Act, a minimum guarantee of S$1 is sufficient to register a company limited by guarantee. Therefore, company registration costs for charities are low in Singapore and allows NGOs to commit the funds they have for projects rather than entity setup.

INSTITUTION OF PUBLIC CHARACTER (IPC) STATUS IN SINGAPORE
Furthermore, to avoid reliance on foundations or firms, Singapore-registered charities may apply to be an Institution of a Public Character (IPC). This way, they may collect donations from the public and in turn issue tax-deductible receipts so that donors will receive tax deductions for their contributions. The renewed IPC scheme, which was introduced in 2009 and extended for five years, grants donors 250% in tax deductions. Overall, the scheme encourages greater giving to IPCs and helps NGOs garner the funds required to run projects.

VWOs-CHARITIES CAPABILITY FUND (VCF)
Charities and IPCs can tap of the VWOs-Charities Capability Fund (VCF) to enhance their training, management, administrative and infocommunications capabilities at significantly subsidized rates. By March 2011, 780 charities and IPCs have improved their capabilities by using S$8.7 million in VCF credits.

EXEMPTION FROM AUDITING
The government has recently exempted charities with an annual income or expenditure under S$500,000 from financial auditing. This in turn eliminates auditing costs for charitable or non-governmental organizations and allows them to utilize their funds to roll out worthwhile projects.

PRODUCTIVITY AND INNOVATION CREDIT (PIC) SCHEME
The PIC scheme grants every Singapore firm, including charities, a 400% tax deduction on the first S$400,000 invested in six productivity-enhancing and innovation activities. As demonstrated in Rikvin’s PIC Scheme Guide, Singapore firms that plan their productivity and innovation strategies ahead of time could reap up to S$9.6 million in tax savings on their annual taxable income.

Commenting on the features, Mr. Satish Bakhda, Head of Rikvin’s Operations said, “Altogether, these factors demonstrate that Singapore offers an ideal environment to set up NGOs. Rikvin anticipates a continued uptrend in environmental NGO setup in Singapore and along with it the generation of niche positions to cater to the industry’s needs. In turn, we foresee an increase in Singapore work visa applications as more industry experts set up their base here.”